A young schoolboy has disappeared from school during break in Ogun state, causing serious confusion. 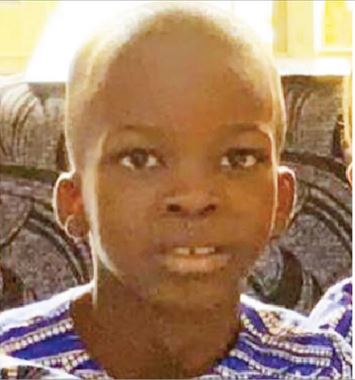 According to Punch Metro, the father of Michael Adedoyin has been thrown into confusion after the eight-year-old pupil of the Baptist Day School, Igbesa, Ogun State, disappeared during the break period.

It was learnt that Michael went to school on February 25, 2020, but was discovered missing after his teacher marked the attendance register in the afternoon.

It was gathered that a search for him on the school premises proved abortive and the teacher and a pupil extended the search for Michael to his fathers’ home.

Michael’s father, Abiola, said a search party organised by the villagers did not yield any result as he was not found.

Abiola, who told our correspondent that Michael’s mother resides in the Benin Republic, stated that he had been in contact with her family and was told that the boy had not been seen.

He stated, “On February 25, 2020, around 1.24pm, Michael’s teacher came to the house with one of the pupils and told me that my son was not in class. She said when she called the register in the morning, Michael was in class but after the break period, when she called the register again, she noticed that he was not in class and she decided to trace him home.

“I told her that I had not seen Michael and I called my younger sister, who lives with me, to enquire if she had seen him but she said no.

“I went to the school and I was told that it was not their problem and that I should go and search for him, but I told the management that if the school had a fence and a guard, my son would not have disappeared.

“I have searched everywhere in the town but I cannot find him; even the people in the town organised a search party for him but all to no avail.

“I have called my wife and her family in the Benin Republic to ask if they saw him and they said they had not seen him. I don’t have any problems with them; so, I don’t think my wife’s family will come and take him.”

It was gathered that the matter was reported at the Igbesa Police Station.

The state Police Public Relations Officer, Abimbola Oyeyemi, who confirmed the incident, said the command was investigating the matter and was hopeful of reuniting the boy with his family soon.

He stated, “The boy went to school and disappeared during the break time. The signal has been sent to the command’s headquarters and we are going to publish the picture of the missing boy.

“We were told that the mother of the missing boy is in Cotonou, Benin Republic, so we cannot rule out the possibility of the mother knowing the whereabouts of the boy, but we are still investigating and we are not leaving any stone unturned. The school authority and the teacher have been invited for questioning and we are still looking for him and hopefully, we will locate him soon.”