A Nigerian senator has called out his aides after accusing them of stealing money from his room. 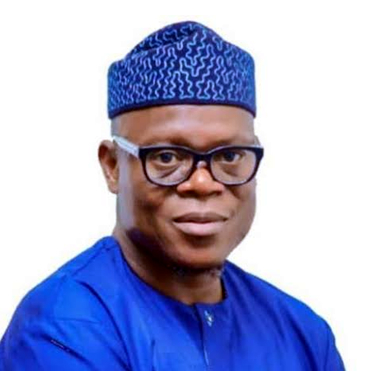 Ajibola Basiru
The senator representing Osun Central, Ajibola Basiru has accused his aides of stealing from his bedroom an undisclosed amount of money when he was on vacation.
He took to Facebook to make the allegation on Tuesday.
Basiru said two of his aides were arrested by security agents in connection with the incident.
An aide of the lawmaker, Ibrahim Khalid, when contacted, confirmed  that the lawmaker authored the statement.
According to the lawmaker, the incident happened in December 2019 when he was on vacation with his family, saying the perpetrators gained entrance to his bedroom without forcing the doors open, as there were no signs of forced entry.
Denying asking the suspects to swear oath over the missing money,  Basiru said soon after the incident, the only maid in his house, fled and left her phones behind.
He said the incident raised issues of serious security breach and a potential threat to his life and his family’s.
The statement read, “The apprehension of the maid led to the arrest of two of my aides under lawful authority, and relevant orders of court obtained to search, investigate, arrest, and where necessary, detain the suspects.
“The families of the suspects were duly informed and were obliged access to the suspects at all times.
“However, in view of the meddlesomeness into and politicisation of the investigation, I have taken the decision to distance myself from the aides in the interest of my security and that of my family.”
See his post below:
Top Stories