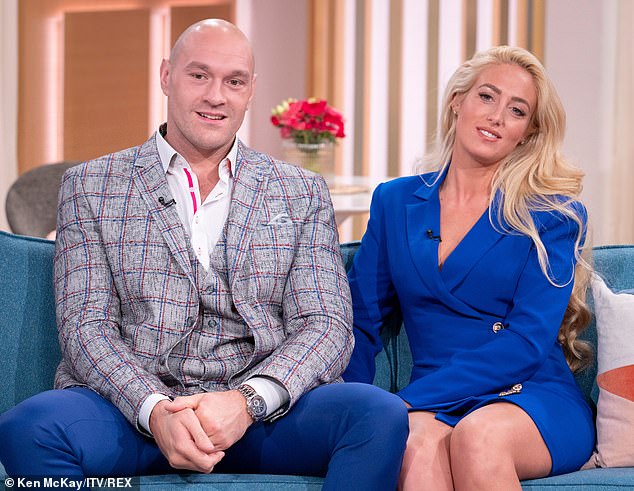 Tyson Fury has responded to Deontay Wilder's excuse that his shock loss to the Gypsy King was caused by his 'heavy' ring walk outfit, saying fighters often refuse to blame themselves after a defeat in the ring.

The British heavyweight stunned the American by stopping him in the seventh round in Las Vegas to claim his WBC world title belt, but Wilder was roundly mocked after claiming that his costume left him with weak legs throughout the fight.

Pundits and boxers have mostly dismissed the excuse from the Bronze Bomber, with many pointing out that he didn't have far to walk and that he must have known how much it weighed before the bout.

His conqueror Fury has resisted the temptation to ridicule Wilder for the outburst, but said he had followed the trend of fighters putting their pride first instead of admitting they weren't good enough to win.

He also brought to light a video from 2018 that resurfaced last week of the American claiming he trained with a weighted vest to activate his 'twitch muscles'.

'He also said he trains in a 45 lbs weighted vest every day,' Fury said, speaking to ITV's This Morning. 'I can understand where he is coming from, in every fighter's mind there has got to be a reason why he has lost. It can never be the simple fact of, "I wasn't good enough on the night and I lost to a better guy".

'It's always got to be, "the camp was wrong, it was the trainer's fault, it was my suit, it was my toe". It was always something's a problem.' 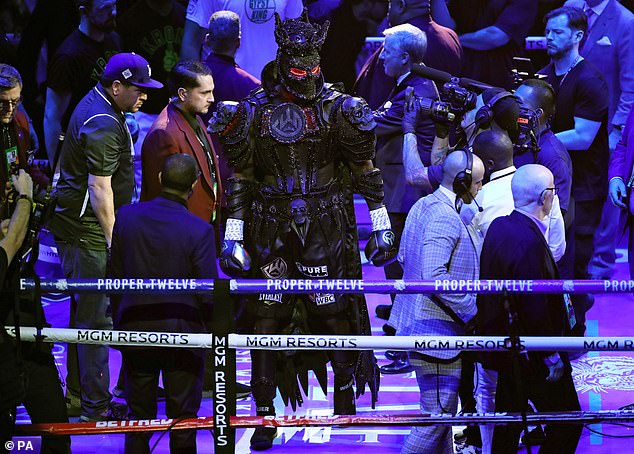 Wilder broke his silence after suffering his first professional loss by claiming Fury 'didn't hurt me at all' and said his 40-pound costume, which was complete with body armour and batteries, left him with 'no legs'.

He told Yahoo: 'He didn't hurt me at all, but the simple fact is that my uniform was way too heavy for me.

'I didn't have no legs from the beginning of the fight. In the third round, my legs were just shot all the way through.

Fury said he wouldn't pull out an excuse for an injury if he lost a fight and would instead look to reflect and improve, and insisted that he will beat Wilder again when the pair meet for a third time in July.

'With me if I'm injured or whatever the problem is it's like, "okay, the performance wasn't great but I'm going to move on and crack on". I beat him the first time, beat him the second time, I'll surely will beat him the third time.'

The British heavyweight has been largely respectful of Wilder since pulling off the famous victory and that trend continued as he stressed that the powerful puncher can never be written off.

'The one thing I will say about Deontay Wilder is he's a very worthy opponent and he's a very dangerous opponent and he has that eraser power of 43 knockouts, only the one defeat, and you can never write a guy off like that. It's always one punch away from disaster with Deontay.

Wilder has now activated his rematch clause to fight Fury once more as he bids to claim his WBC belt back this summer. The winner looks set to take on Anthony Joshua later this year should the British world champion come through his fight with Kubrat Pulev.