Is Davido Rubbing His Father's '$62m' Private Jet On People's Faces? Check Out What He's Saying


Superstar singer, Davido has reacted to claims that he is rubbing his family's wealth on people's faces. 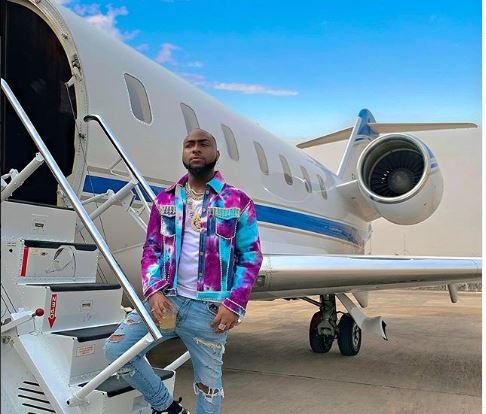 Davido, one of Nigeria's foremost Afropop singers has said he is not trying to oppress anybody by flaunting the newly acquired private jet by Adedeji Adeleke, his father, on social media.

The ‘Omo Baba Olowo (OBO)’ crooner is known for attracting criticisms on social media platforms due to his penchant for flaunting his family’s wealth.

Such criticisms, however, thickened recently after he shared photos and a video of his dad’s latest acquisition — a Bombardier Global Express 6000, which is said to be valued at $62 million — on his social media page.

“Congrats Daddy on your (our) new baby,” he wrote on Twitter.

He also shared a video on his Instagram page, where he appeared to be throwing shades at “b***h a** n****s.”

The show off appeared not to have gone too well with quite a number of Nigerians who were quick to express their reservations on social media platforms.

But reacting to such criticisms, while speaking with BBC, Davido explained that such aspect of his lifestyle was to inspire others not to oppress anyone.

“We’re not here to rub it (wealth) in anybody’s face, we’re here to show motivation, to inspire others” he said.

“Many kids write to me and tell me that I’m the reason they want to finish school and projects and become successful.”

He also pointed out that by doing that, he is trying to correct age-long impression by the western world that people in Africa live a substandard life.

“In America, there are people who think we live in huts, sometimes I feel like I want to show them…We’re living the fire, we’re going crazy, you feel me?” he said.

“It has nothing to do with showing off or trying to oppress anybody. They oppress us enough.”