A man has revealed the awkward way he found out that a close friend of his had passed away. 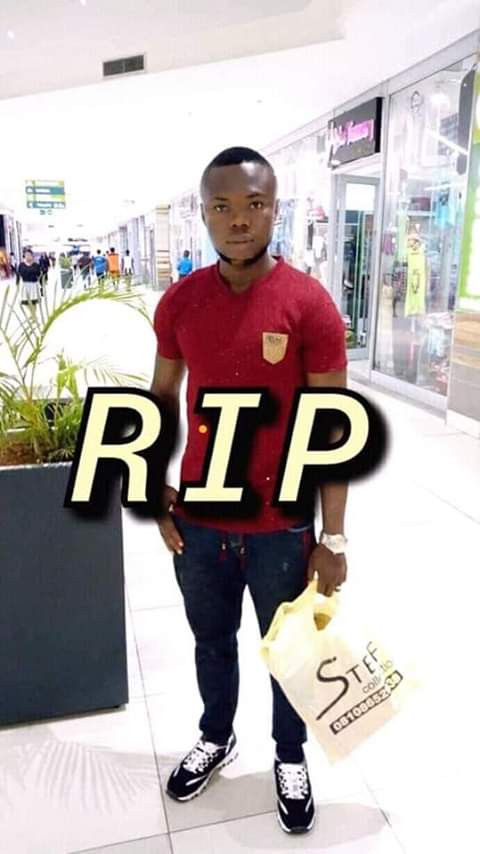 Late Chibuzor Chima Raymond
A Nigerian man, Confi Chisom Chiedozie has been given the shock of his life after finding out that his friend he thought was snubbing him had died.
He took to his social media page to advice peope to check on their friends they haven't seen or heard from in a while, instead of assuming that they are being ignored.
Chiedozie gave the advice on Monday when he found out that his friend, Raymond, a Navy officer died since September 2019.
Acording to him, he found out about the sad news as he was about to remove Raymond from his Facebook friends' list because he thought the deceased had been ignoring him.
"Facebook community,one way or the other we meet people here and sometimes it goes beyond here,never assume someone doesn't want to talk to you,if they stop communicating please swallow your pride and check up on them.
I met Raymond in a group called Tori central its a popular group,in fact we attack each other in every post,at some point we became friends here,there's no day I make a post Chibuzor Chima Raymond won't react, is either he leaves a funny comment or curse me jokingly.
Then we became more than Facebook friends though I never met him in person, we talk on phone. He told me somethings about his life and family, even sometimes call for advice, then late 2019 I stopped seeing his posts and comment on my posts even calls, I never bothered to check on him.
Just today I wanted to remove inactive friends to add pending requests, I saw his profile and wanted to remove him, something told me to go to his wall and check when last he made a post cos I know he is active then I saw posts from his friends that he is dead.
Raymond died since September last year and am busy forming a snub for a dead person God forgive me.
I feel very bad now, he was a Naval officer and doing so well in his job. He was the one that gave me information when I lost a friend and course mate in 2018. If you don't hear from a friend don't assume the person is ignoring you, don't just seat and act like me. They may be dead or even going through something.
God accept his soul.keep resting dear friend." 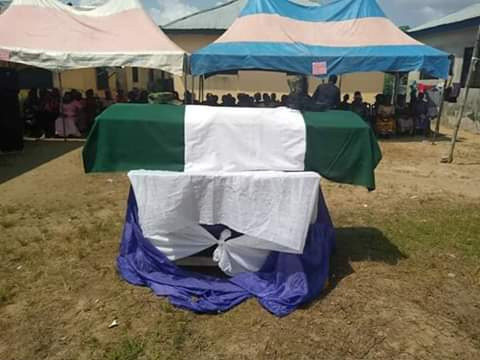 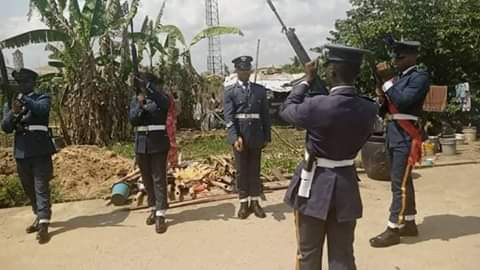 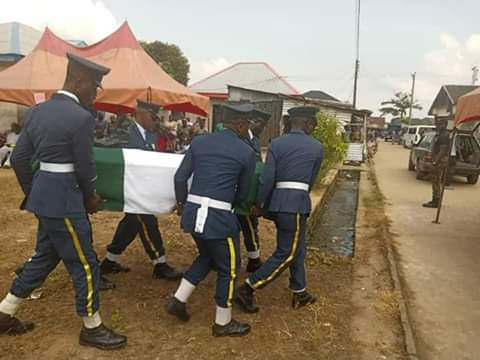 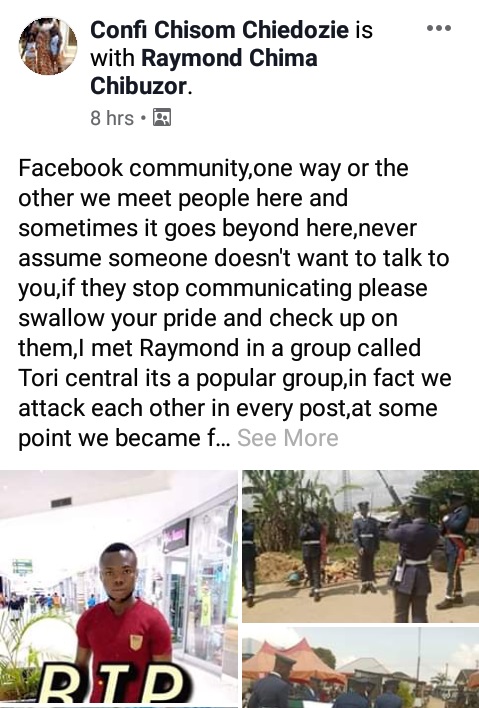