A Student of Oko polytechnic has been apprehended after she gave birth and discarded the child. 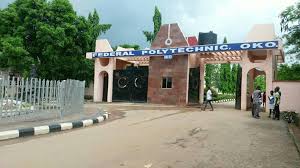 An unnamed student of the Federal Polytechnic, Oko, Anambra State has delivered a baby girl in her boyfriend’s room, and also discarded it into an an empty plot of land close to the compound.

A source who is a student of the institution told DAILY POST that the lady chose to deliver in her boyfriend’s room because he lived in a hostel close to an empty plot of land, overgrown by bushes, where they planned to dispose the baby.

“She tried to throw the baby into the empty plot through the window, after delivering it, but the baby got stuck in a barbed wire, and continued to hang there until residents of the area came to rescue it.

Other students of the institution had rushed the baby to the hospital, after it was found hanging on the barbed wire by its leg.

Dr Nwosu said though the baby has a wound on the leg where it was trapped by the barbed wire, its condition is stable, as it is receiving necessary treatment to ensure it doesn’t suffer temperature abnormality.

Meanwhile, the doctor also confirmed that the student has been arrested and brought to the hospital, where she is currently breastfeeding the newborn baby.

Revealed! Abba Kyari Has Other Ailments That Can Hamper His Rate Of Recovery From Coronavirus