My Father Is Not Your Mate, He Is A Master Chess Player In Politics - Governor Ganduje's Daughter, Fatima Warns


Fatima Ajimobi, daughter of Gov Ganduje has asked trolls to put some respect on her father's name after she was attacked following the dethronement of the Emir of Kano, Sanusi. 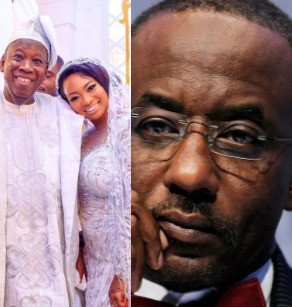 Governor Abdullahi Ganduje's daughter, Fatima took to her Instastory to make a direct comment on the dethronement of Sanusi Lamido Sanusi as the Emir of Kano.

Fatima described her father as a master chess player in politics with a Doctorate Degree in Public Administration.

She further stated that the dethronement of Emir Sanusi is democracy, while pointing out that Kano indigenes got what they wanted and never rioted. 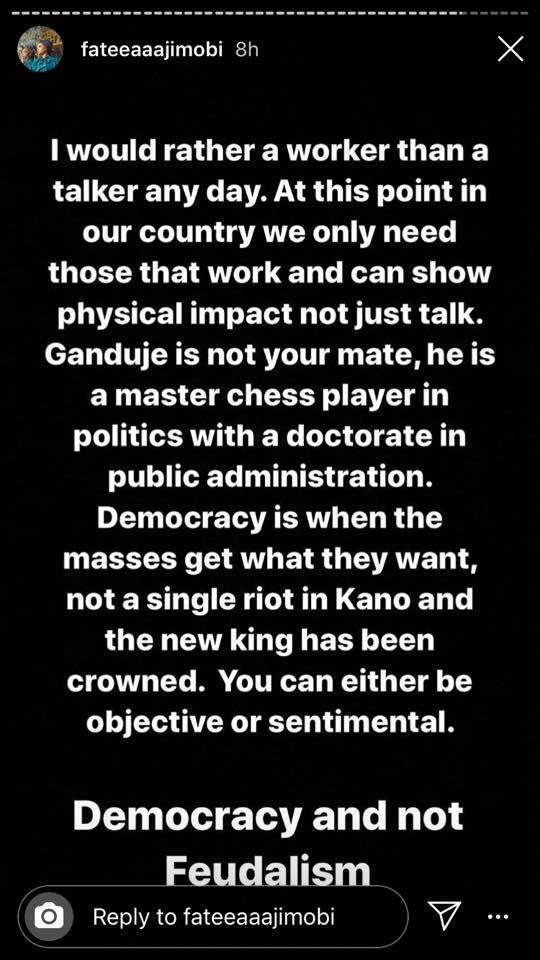