Real Madrid players have been placed under quarantine and the La Liga has been suspended over the coronavirus. 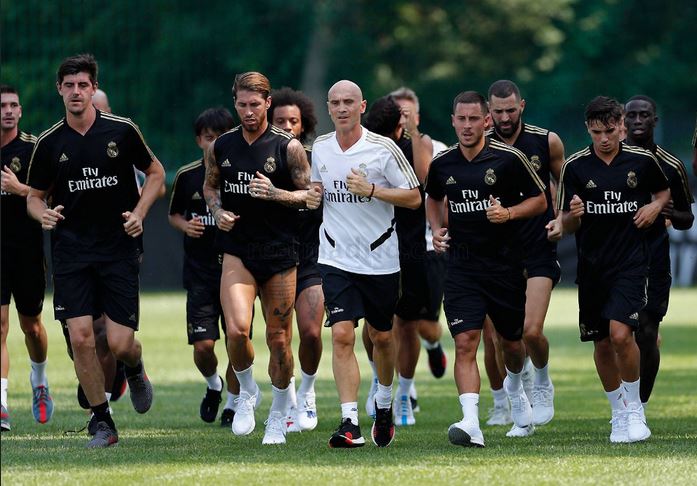 Real Madrid have gone into quarantine after one of the players in their basketball team tested positive for the coronavirus, leaving all activity at the club’s Valdebebas training ground suspended with immediate effect.

The decision came at the same time as La Liga announced that it will suspend the competition for at least 14 days and next week’s Champions League meeting with Manchester City is also now expected to be postponed.

There have not yet been any confirmed cases of coronavirus among Madrid’s footballers, but the club took the decision to close Valdebebas after a basketball player tested positive, because the two teams share the same facilities, along with the entire youth team set up at the club.

The players were sent home, along with all the staff who work at Valdebebas, and the centre was shut down entirely. Families of staff members were also contacted and told to return home from their places of work.

Madrid’s first-team squad arrived for training on Thursday morning, but they abandoned the facilities and an announcement was made just after midday local time.

A statement said that Madrid’s forthcoming basketball and football matches, due to be played on Thursday and Friday, would not go ahead. There was no explicit mention yet of the trip to Manchester, but the club anticipate that match also being put on hold.

A meeting between the league, the federation and the players’ union, meanwhile, agreed to postpone football in the first and second divisions for the next two match days, at least.

La Liga had initially decided to play those fixtures behind closed doors, but at a meeting held at the federation’s headquarters in Las Rozas it was decided that no games would go ahead.

Real Madrid were due to open this weekend’s league fixtures with a match against Eibar at the Santiago Bernabéu on Friday night.