Fola Ojo explains why those who have shamed Lamido Sanusi may have to serve around his table one day. 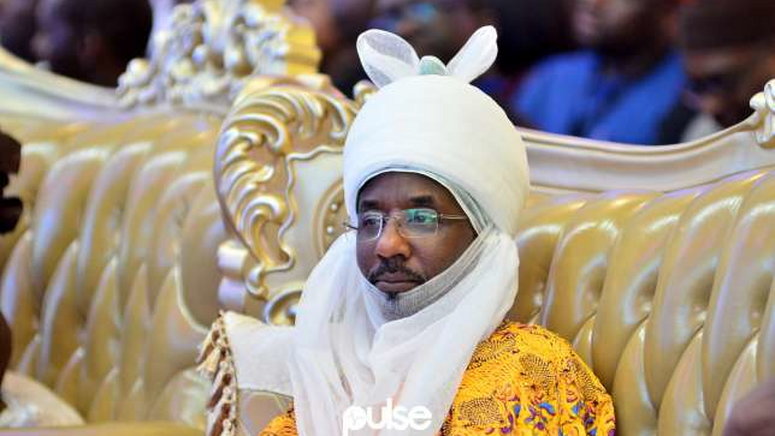 I was personally spun into a ruffle and baffle when in 2014; Sanusi Lamido Sanusi jostled with others to become the new Emir of Kano. Inside of me, I queried Sanusi’s judgment. In wonderment I tried to figure out what was esthetical and bonny to Sanusi in a Kano emirate throne. But Sanusi desired to be Emir. That was his lifelong aspiration and thirst. Rabiu Kwankwaso; then Governor of Kano became the political facilitator who helped bring the dreams to fruition.

SANUSI is an embodiment of royalty even without a palace. From his days as CBN Governor; few saw him as an Emir. Eyes were fixed on him as one who could lead a robust and impactful political movement in Nigeria someday. But Sanusi was adamant because royal blood flows in his vein. True! Royal blood does flow in Lamido’s veins and arteries. So does the fluid of generational hex. Sanusi’s grandfather in the 60s also hungered to become Emir. He did. How did the odyssey end? On Monday; Sanusi’s dreams snowballed into a nagging nightmare when Governor Umar Ganduje ordered his dethronement and banishment into the remote state of Nasarawa. The same fate his grandfather encountered about sixty years ago. Few hours after Lamido’s ousting; a new ‘Pharaoh’ became king in ‘Egypt’. A new Emir; Ado Bayero was given the staff of office. What happened to grandfather has now happened to grandson. A generational hex?

Amidst innuendoes and unproven allegations, he was evicted from Nigeria’s apex bank CBN as governor. At the CBN; Sanusi was relentlessly active about unearthing activities of frivolities and fraud in government. I watched many of his videos and listened to his talks splitting up the guts of the ruts that swallowed up Nigeria in the crude oil sector. I heard him challenge northern elites who have been accused of submerging the north into protracted penury; and subjecting millions of children of the underprivileged into squalor. But not everything we read and heard about Sanusi was ennobling. His days at the Suleiman Hall or Ribadu hall at the Ahmadu Bello University were not without controversies. He was said to be an adjutant activist at the Muslim Students Society (MSS) in Zaria, a group he helped form to cow down non-Muslims on campus.

In some quarters Sanusi was branded a strange and surreal Islamic fundamentalist. He gulped down the Sufi apologist and quasi-Shiite creeds and ideologies when in the early 90s he hibernated with a horde of other terror-minded fellas in a Sudanese Quranic College under the tutelage of Islamic fundamentalists who bred and churned out terrorists. That was what we read and heard. What was Sanusi’s role in the public beheading of one Mr. Gideon Akaluka, an Igbo man in Kano1995 who was falselyaccused of desecrating the Muslim holy book? Who knows for certain? But accusing fingers are still pointing at Sanusi.This blotch on his credentials will stay with him forever. All of these chats and more around town went with him into the palace as he got cloistered, swathed and swaddled up under the weighty and powerful regalia of the Emir of Kano. But last Monday; I woke up here on the Midwest Coast of the US to read that Sanusi, in a motorcade of ridiculousness and shame, wasescorted off the lawn of the palatial abode as Emir of Kano.

There are gossips here-and-there why Sanusi had to be dethroned. In a letter dated 9th March, 2020, the deposed Emir was alleged to have ‘disrespect to lawful instructions from the authorities’; and ‘refused to attend official programs and meetings organized by the Government’. An apparatchik of Kano State Government who was defending his principal on TV said that Ganduje dethroned Sanusi because of the way theGovernor was addressed in public. NIGERIAN politicianstruly think they are God. They have some crazy ego that I still can’t fathom. Who is a Governor that a citizen cannot talk to or about? Do they own the state; or pay civil servants from their private pockets? What is wrong with the black man and power for God’s sakes?

If the word ‘disrespect’ is sincerely a lexicon permitted to be used ONLY by men of integrity who feel slighted, that is way above Ganduje’s pay grade. Does the governor think Kano people have forgotten how he sold them cheap to highest- bidder-contractors and hiding cold dollar currencies under his flowing but foul Babariga? What was more disrespectful to the Kano people than that cumshaw-concert show-of-shame beamed on small and big screens all around the world? A governor who should have been impeached and prosecuted for bribery and corruption audaciously sat in authority to dethrone an EMIR for ‘disrespect’. Only in Nigeria. The guilty, if connected to power, will never pay for his many sins.

Events surrounding the removal of Sanusi is indubitably a dirty political chess-game. They said he talked a lot. They said he dared a lot. They said he stepped on toes a lot. And they dethroned him. But Lamido Sanusi never allowed himself to be dethroned on his knees begging before men. He got dethroned standing up to those he believed are mean men who hate the spoken truth. SANUSI is a man. He is my kind of man. He is my kind of Emir. He is a star that can’t be shut down.  Even in his deposed and incommunicado state, Sanusi is an unconquerable colossus that self-avowed conquerors cannot silence. He is not in the same league with the likes of Ganduje. Sanusi plays in the global major league that will last as long as he lives. Ganduje plays only in the Kano minor league that will end in 2023.

Sanusi is a cerebral economist, an erudite bluestocking and a man of immense understanding of banking creed and cannon. He is chatty and loquacious. His voluble but passionate smooth-talk spewing out facts and figures is enthralling. For two years in a row, he was named by Emerging Markets Magazine as the World’s Central Bank Governor of the year. In 2011, he was Times Magazine’s one of the 100 most influential people in the world. The same year he was Forbes Magazine’s Africa’s person of the year. Sanusi’s feet have traversed the length-and-breadth of the globe in teaching and learning. He is a man of erudition, resolute conviction, and tested truth. What he saw thrillingly and exhilaratingly befitting about being an Emir I didn’t see. What he saw in voluntarily confining himself to a palace when he has the world as his operational space puzzled me. I have some royalty in my blood too; but maybe the slice of an Emir royalty thing anon-northerner like me will never understand. But becoming an Emir was Sanusi’s lifelong hunger. Now; he is confined to facing the consequences of the vain hustle-all alone!

Role reversals do take place in life. One day and it may not be too long from now; those who have shamed Sanusi may have to serve around his table. I don’t know Lamido; and I’ve never met him. But I am cocksure we have not heard the last of the man. For me, it’s not time to sing, ‘hasta la vista, Lamido’. Not yet Bye-Bye to Kano’s best buy. Lamido will be back somehow; and someday. I wish him well.