The governor of Kaduna state, Nasir El-Rufai has said the dethroned Emir of Kano can indeed go anywhere he likes. 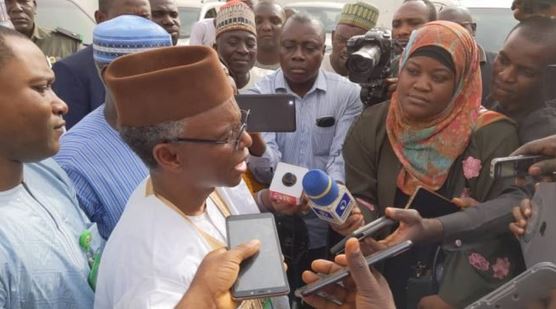 After his dethronement, there were reports that he would not be allowed into Kano for at least three months.

But fielding questions from journalists in Awe, Nasarawa state, on Friday, the governor said a federal capital territory high court has ruled that Sanusi can go anywhere.

“The high court ruled that he can go anywhere, including Kano, but I think he wants to go to Lagos to reunite with his family,” el-Rufai said.