Why OAU Needs To Release Sex For Mark Victim's Certificate 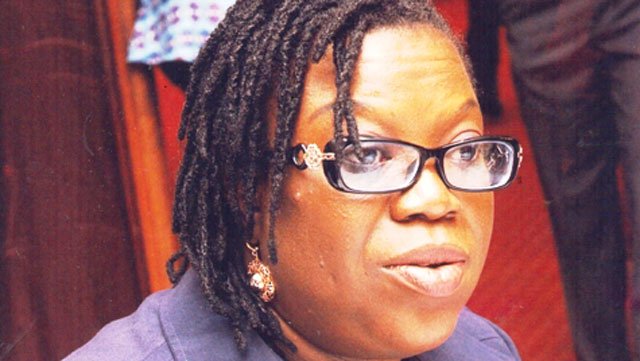 The Nation reports that human right activist and Founding Director of the The Women Advocates Research and Documentation System, WARDC, Dr. Abiola Akiyode Afolabi has said the management of the Obafemi Awolowo University (OAU), Ile Ife need to release Monica Osagie’s certificate, a victim of sexual harassment at the institution, for justice to prevail.

Recall Osagie, a former post graduate student’s certificate was withheld after exposing a randy lecturer at the institution, Prof. Richard Iyiola Akindele, who was later dismissed by the institution.

OAU made headlines in April when Ms. Osagie leaked a phone recording, which showed Mr. Akindele asking for sex ‘five times’ for a pass in an examination.

Prof. Richard Iyiola Akindele, who was dragged to court for demanding sex to pass one of his students, Monica Osagie, in 2018, was sentenced to two years in prison in a judgement delivered by Justice Maureen Onyetenu, who had to stand down the case two times, before finally giving her judgement.

But speaking during an interview shortly after a one-day training support for lecturers and administrators on Protection of Girls in Tertiary Institutions in Bauchi, the state capital on Saturday, Dr.AbiolaAkiyode Afolabi , who explained the role played by her organisation in the sex for mark scandal which went viral at the period said withholding Osagie’s certificate will discourage students from reporting further sexual harassment cases at the institution.

” It was an open thing in the public domain that we supported the Sexual and Gender Based Violence case against Prof. Akindele involving a female student. We gave the student all the support and confidence to be able to speak out because there was a problem on something that was released on social media and the young student was afraid to even come out”

”We had to tell her there is a need to speak out so we can resolve the problem before she became courageous about it, we gave her our support all through the processes of her attending or appearing before the OAU panel set up then to investigate the the sexual harassment allegations”

Dr. Afolabi , however, prevailed on the varsity management to ensure the release of Osagie certificate so justice can take its full course.

While lamenting the endemic cases of sexual harassment across institutions in the country, she explained that the purpose of the one-day training is to address the problem and to see what strategy has been placed by different institutions concerning Sexual and Gender based Violence.

” If you see of recent, there is being a lot of intervention particularly at the National Assembly level where there is a proposal for a policy against sexual harassment ”

”This project we are embarking on is inline with our mission as institutions need to have policies, they also need to go beyond policies to have actions and when they have policies, it should be inclusive”

”We have realised that in most of the cases where there is a policy against sexual harassment it has not being effective. We have also realised that it is because students don’t believe in the system, they think the situation is endemic so the system has grown with it. They don’t trust the system, even when they are not afraid, they don’t know who to report to.

So we believe that this project will help us address the problem with the system, it will help us in term of strengthening institutions so they’re sensitive to what’s happening around them”

Dr. Afolabi also urged the Academic Staff Union of Universities , ASUU , to sit up on the sexual harassment in institutions saying they’re not coming out to speak against it while lauding some institutions who have began creating awareness against it.

In her submission, one of the members of the group, Engr.Jemilat Adamu, a female lecturer at the Federal Polytechnic Bauchi State proposed proper orientation for students institutions.

She said further that one of the ways to to address sexual harassment in institutions is to ban the lone visitation of a lecturer by a student in his office in order to avoid allegations of sexual harassment.