The ancient romans wear this amulets to ward off evil and prevent diseases. 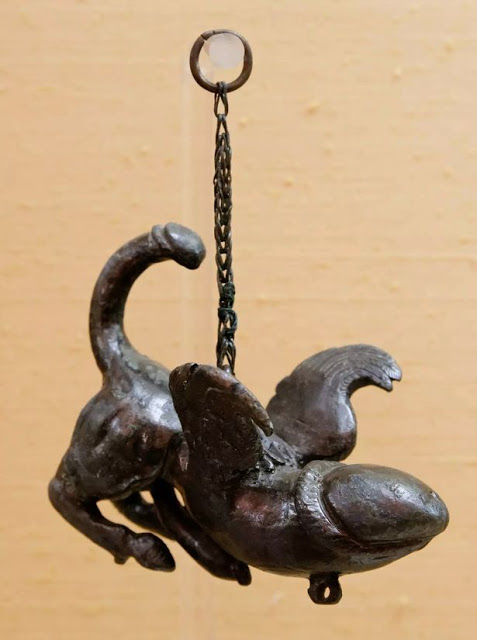 Jewellery shaped into winged p3nises were worn by Ancient Romans as necklaces and hung as decoration to ward off anything untoward, an expert has revealed.

Romans would use the phallic amulets, called "bullae", to repel disease and curses.

According to Atalas Obscura , they were worn by adults and children and were even hung up in family homes.

People believed the p3nis jewellery would keep any infection or disease away as well as stop curses like the evil eye.

Infant mortality was prevalent in Roman times and parents turned to methods like this to try to help keep their children safe from sickness.

Boys also wore the amulets to signal their status, such as whether they were kept as slaves or lived as free boys.

These lucky charms weren't always p3nis-shaped but it was thought that the phallus gave it that extra special power.

Expert Anthony Philip Corbeill explained that people believed wearing the phalluses they would be given "divine power".

Romans also thought that the fertility powers of a p3nis would keep them safe.

Corbeill said: "The sexual energy of the phallus was tied directly to its power in reproduction."

The pieces have been dug up all over the world by archaeologists, including in Italy and Israel. 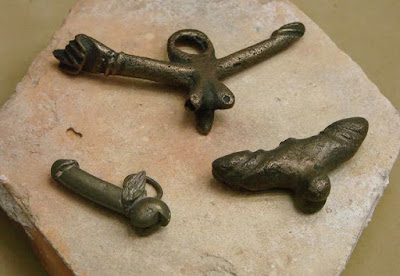