After a woman confessed that she collected money to help some men of God perform miracles, Pastor Chris Okafor has something to explain. 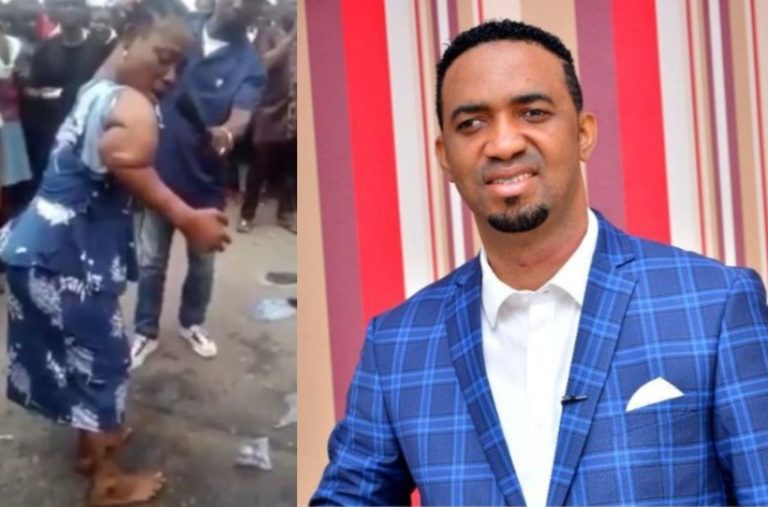 Pastor Chris Okafor
Pastor Chris Okafor of Mountain of Liberation and Miracle Ministry, aka Liberation City, Ojodu Berger, Lagos has broken his silence overclaims of performing fake miracle on a woman, Bose Olasunkanmi, alleged to have been paid for the purpose.
Recall that the woman confessed recently that she was paid for the miracles after previously denying it.
Five pastors, including Pastor Okafor, were alleged to have paid and used same woman with disfigured arm to perform similar fake miracle, according to TheNation.
The news of the fake miracle supposedly performed on the woman with disfigured hand trended on the social media and some national dailies recently.
Pastor Okafor, while addressing reporters in Lagos on Monday through his couansel, Monday Ubani, denied claims that the woman was paid N400,000 for the miracle.
He maintained that the money given to the woman was to empower her start a new life.
According to the pastor, “The recent story in a national daily and online platforms that the sum of N400, 000 was paid to her for a fake miracle is not true.
“The lady in question came to church like every other person and the said programme through which she was healed was shown on a live television and there was nothing to hide because it was not only the woman that was healed.
“The church is not new, it’s been in existence over 10 years and the members who keep increasing have experienced the touch of God one way or the other. So there was no issue of arranging any miracle to anybody”, he said.
On the money paid to the woman, Pastor Okafor said when the news broke, it was discovered that the woman had been going to other churches and that when confronted, she said it was poverty that made her do it and because she is a widow.
Top Stories