We Are Not Stopping Chinese, Italians, Others From Visiting Nigeria — FG


The Federal govt has said it would not stop other nationalities from visiting the country even with the spread of the deadly coronavirus. 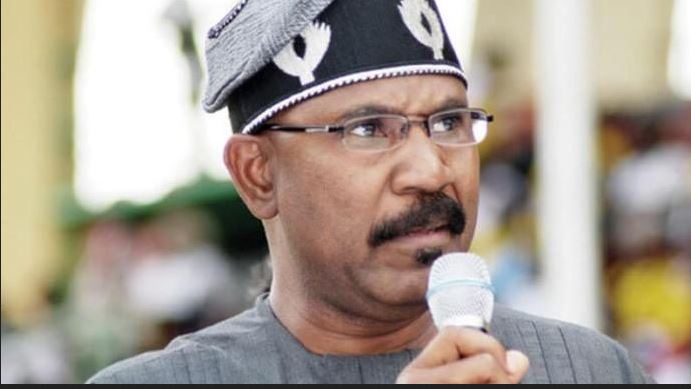 The Federal Government says it has no plans to impose travel restrictions on visitors from countries where coronavirus continues to spread rapidly.

The virus was brought to Nigeria by an Italian man who arrived in Lagos aboard a Turkish Airlines plane on February 24.

He travelled from  Lagos to Ogun State before he was quarantined in the Infectious Disease Hospital in Yaba, Lagos.

There have been other cases of the virus, but they proved negative.

Addressing a press conference in Abuja on Monday,  the Minister of  State for Health, Dr Olorunnibe Mamora, said the FG  decided to screen visitors from the eight countries after the World Health Organisation declared the coronavirus outbreak a  pandemic.

The ex-Lagos State House of Assembly Speaker said, “Despite we have not recorded a confirmed COVID-19 case in the last one week in Nigeria, it is important to remember that we are still at high risk like other countries. We will continue to monitor returning travellers that fit our case definition and improve our surveillance, detection and risk communications.

“We have carried out a review of our case definition. We have added three new countries to the existing list of five high-risk countries with widespread community transmission. These are France, Germany and Spain. Therefore, eight countries are on our priority list – China, Japan, Iran, Italy, Republic of Korea, France and Germany.

“Travellers from these eight countries will undertake secondary screening at the point of entry. They are also advised to self-isolate for 14 days on entry.”

He said between  January 7 and March 15  48 people who had contact with the Italian were screened for coronavirus in Edo, Lagos, Ogun, Yobe, Rivers, Kano, Enugu states and the Federal Capital Territory.

Mamora added, “Forty-seven people have tested negative and have been cleared. One was positive (after contact with the index case) and one result is pending. There has been no death.

“The index case is clinically stable and has improved greatly.”

Also, the minister said the woman that was placed in isolation in Enugu after being suspected of having coronavirus symptoms tested negative after the results came out on Sunday night.

He said, “In Enugu, a woman in her 70s returned from the UK and had symptoms of fever and mild respiratory illness. Her sample was collected for laboratory diagnosis and tested negative for COVID-19.

“Therefore, as of March 15, Nigeria has recorded two confirmed cases of COVID-19. One case is now negative and has been discharged from hospital.”

He advised Nigerians to not believe those saying black people were immune to coronavirus.

He said,  “We should be conscious of not being complacent; the price to pay is huge. I have heard some of my friends saying the black man’s gene is resistant and so COVID-19 is not for us. We have had black men, even from Nigeria who are dead now. We have the story of a Nigerian doctor in Italy, he was a black man. We should not say that the tropical setting will not allow it. Research continues on COVID-19,”

Meanwhile, the  Delta State Commissioner for Health, Dr Mordi Ononye,  insists there is no coronavirus case in the state, urging residents not to panic.

There were rumours of coronavirus outbreak in the Sapele Local Government Area of the state, but Ononye told reporters in Asaba on Monday that residents should regard the rumours as fake news.

According to him, the Rapid Response Team, an emergency committee put up by the state government,  is working hard to ensure that the disease does not spread to the state.

The commissioner said they would not stop any form of social gathering because of coronavirus fears.

He said that the state government was working with the Federal Government, the National Centre for  Disease Control and others to contain any case of the disease.

She said, “The 11 facilities in the state have holding centres and as such, there is no need to panic.

“The state public health centres are on the red alert, we are trying to do what we call active surveillance and intensive risk communication to mitigate the incidence of the disease.

“We have to develop a new culture, a new habit of not touching our face, no more handshaking but with  your elbows.”

The head of the  NCDC in the state, Dr Belu Abaye, said the state government had switched from watch mode to alert mode and had sustained the alert mode to ensure that the disease was contained in case of any outbreak.

In a related development, the acting Executive Director, Projects, Niger Delta Development Commission, Dr Cairo Ojougboh, said on Monday the construction work on the 13-floor new permanent headquarters of the organisation had suffered a setback due to the coronavirus pandemic.

Ojougboh, who spoke during an inspection of the building along the Eastern Bypass in Port Harcourt,  said the spread of the disease was delaying the importation of essential components for the building.

He said the  March 31 deadline for the completion of the project was no longer possible because of the delay in importing materials already paid for due to COVID-19.

Ojougboh said based on the assessment of the situation, a new deadline of April 30 was now being considered.

He said, “The contractor has affirmed,  and irrevocably so, that by the end of April, he will hand over this project.”

The  Project Consultant, Mr Ebiwene Bozimo,  said work had been moving at a fast pace, adding that the main consultant and sub-contractors had been working round the clock.

Bozimo said, “The only challenge we are facing is in bringing in items from outside the country. However, every task that does not involve anything external is going on at the highest pace and we have promised the commission that every task that is not connected with importation will be completed in April.”

He lamented that the March 31  deadline was no longer possible because of the circumstances beyond their control, promising that the contractors would work closely with the NDDC technical team.