Lassa fever has claimed the life of a district head in Bauchi state. 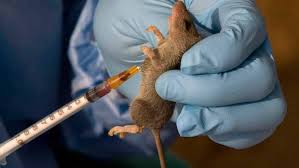 A district head in Bauchi State has been killed by Lassa fever, Governor Bala Mohammed has disclosed.

This was contained in a statement by the Special Assistant to the Governor on New Media, Lawal Muazu, on Monday.

According to the statement, the governor did not, however, give further details or the identity of the district head.

He said the governor disclosed this when he paid an advocacy visit to the Director General of the Center for Disease Control, Abuja, Dr Chikwe Ihekweazu.

The governor described plans by the CDC to establish its centre in Bauchi State as a welcome development even as he pledged to provide the necessary facilities for its smooth take-off.

The governor said, “Because of the escalation of the outbreak of Lassa fever in Bauchi State, the death of one of the district heads and the infection by some medical personnel, I decided to cut down my official visit to Germany by coming to solicit the support of the Federal Government through the DG, National Centre for Disease Control and ED, National Primary Health Care Development Agency.”

Muazu noted that the governor said he was currently working on accessing alternative funding from relevant bodies through the support of multilateral bodies and global organisations working in the state.

The media aide said that the Director-General told the governor that the NCDC planned to establish its centre in Bauchi State to manage outbreak of diseases.