Oyo state governor, Seyi Makinde has been dragged on Twitter after he held a political rally amid the Coronavirus crisis in the state. 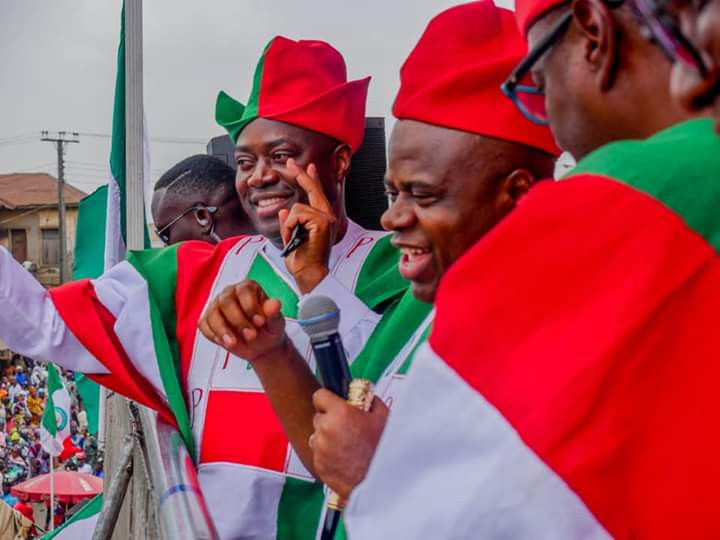 Oyo state governor, Seyi Makinde is taking some stick from Nigerian on Twitter after he held a political rally amid the Coronavirus crisis.

The Government of Ekiti State yesterday announced a case of Coronavirus in the state. The patient is a driver who drove an American Caucasian around from the moment he arrived at the Lagos international Airport on March 3.

It was revealed that the American man, his female caregiver, and the driver went to Ibadan, Oyo State, where they stayed for two weeks before driving down to Ekiti when the American man got sick and died.

After the driver who chauffered the American visitor around tested positive to Coronavirus, it was revealed that contact tracing will have to include Oyo state where the group spent two weeks.

Despite the developments, the PDP held a rally in Ibadan, Oyo state, something that is advised against amid the Coronavirus crisis.

However, Nigerians fear things may already be out of hand as much time has passed and those contacts would have made contact with so many other people.

This led Nigerians on Twitter to call out governor Makinde for carrying out a political rally in Oyo state. The political rally drew a crowd, something that is advised against amid the Coronavirus crisis.

@borie_nla: For the records Seyi Makinde and his team were in Florida in March 4th , they held a mega rally in Ibadan yesterday the 18th , the 14 day self isolation period wasn’t observed .

@Iam_Oscar1: Imagine that political rally was done by Ganduje, this naija Twitter for no contain usFace with tears of joy

Why are you guys using big English to drag Seyi Makinde?

@Tjovial: Unfortunately, at a time when governments across the globe are banning public gathering including schools and religion, Governor Seyi Makinde chooses to organize political gathering. This is unfortunate

@ezekielprince1: Absolutely irresponsible and insensitive from Governor Seyi Makinde. Is he playing possum with the happenings with a deadly disease that has hit core globally?
The sheer fact that this pandemic is now rife should be taken seriously.

@Hitee_: Governor Seyi Makinde messed up yesterday , he can’t say he didn’t get prior information with respect to the brewing case in the city but he chose politics

This is highly irresponsible.

@okeyjames: You people need to stop this blind politics nonsense that you are playing.

Seyi Makinde went for a rally at a time when he shouldn’t have thought of it. He alongside others should be criticise.

This stupid partisan politics would be the end of all of us if we are not careful.

@femiadebimpe: The bubble that Seyi Makinde was living in- created by social media praises for doing nothing beyond what is the norm among his peers- has caught up with him. Unfortunately, it may have caught with a lot more than him now.
Get your immune system up guys and pray.
It is coming.

@Seyi__: The madness them Makinde did in Ibadan yesterday is like the nonsense GEJ did when they bombed in Abuja in the morning and he want to party in Kano by noon.

See Other Tweets Below; 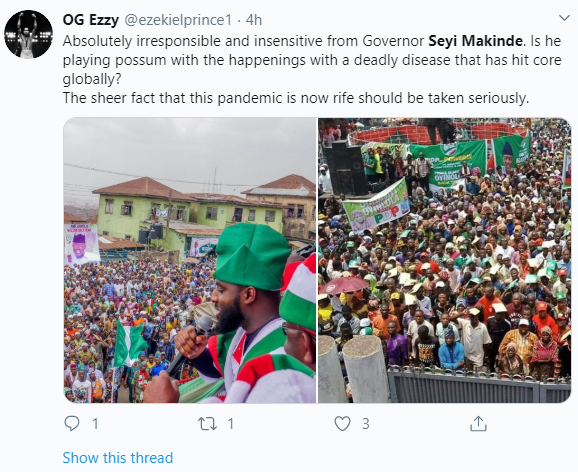 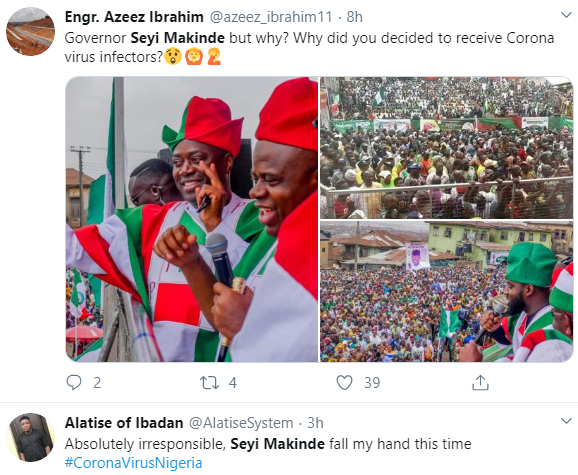