FDA Counters Trump On Use Of Chloroquine To Treat Coronavirus


President Donald Trump's claim that FDA had approved the use of chloroquine to treat coronavirus has been denied. 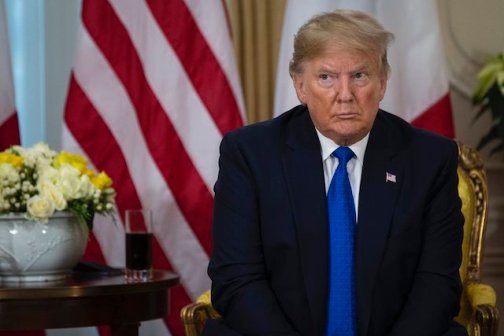 President Donald Trump
The Food and Drug Administration, FDA has debunked claims by President Donald Trump that it approved the use of chloroquine for the treatment of Coronavirus on Thursday.
FDA stated that ‘chloroquine’ was never approved for use with Covid-19 patients. FDA Chief, Stephen Hahn said at a press briefing that chloroquine was only approved for use in trials at the moment.
Dissecting the White House briefing on Coronavirus, Bloomberg highlighted key takeaways from President Donald Trump’s news conference on the coronavirus response:
Trump spent the bulk of the press conference touting possible treatments for Covid-19, even though the FDA commissioner repeatedly tempered expectations. There are a number of open questions, including when Americans can expect testing to be widely available and when supplies like masks will be more readily available to protect health-care workers.
Like previous White House briefings, this one suffered from conflicting messages from the president and his advisers. Trump, for example, said the malaria drug chloroquine had been approved and could be given to coronavirus patients with a prescription. But an FDA spokesperson clarified mid-press conference that the drug had not been approved for use with Covid-19 patients and FDA chief Stephen Hahn added it was only for use in trials at the moment.
Trump threw his support behind the possibility of the federal government taking equity stakes in companies hurt by the virus outbreak as part of an economic stimulus plan, an idea floated on Wednesday by top White House economic adviser Larry Kudlow. Stocks went up immediately following the news conference, with the Dow Jones Industrial Average rising more than 200 points in the immediate aftermath.
Trump’s approach to the virus response seems to be throwing it against the wall and seeing what sticks. He revealed the head of cruise operator Carnival Corp. offered its ships to the federal government on a temporary basis. But when pressed on the idea, Trump was vague about how they would be used and suggested the decision to use them would be up to states.
The president escalated his rhetoric against China, saying the world could have stopped the spread of the coronavirus if Beijing had been more transparent at the beginning of the outbreak. He also did not rule out the possibility of retaliating against China for their handling of the virus, even as his own administration fights criticism it was too slow to respond in the U.S.
Top Stories