It was learnt that the Chinese lady in question was actually among the numerous passport seekers. 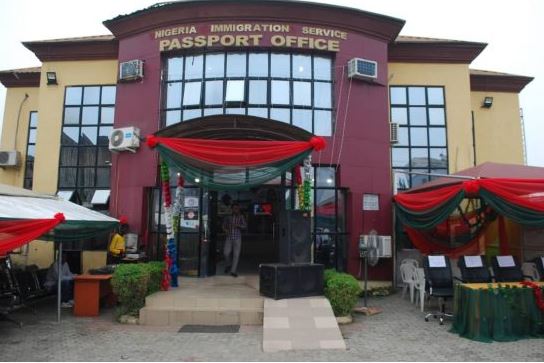 According to a report by Daily Trust, a mild drama played out Friday afternoon at the Alagbon Close, Ikoyi, office of the Nigerian Immigration Service, when a Chinese lady fell down in one of the offices and started vomiting.

It was learnt that the Chinese lady was among the numerous passport seekers.

Daily Trust gathered that those who were present at the open office when the incident occurred included policemen and military personnel.

Our reporter learnt that the Nigerian passport seekers took to their heels on sighting the woman vomitting.

One of the personnel of the Immigration Service, who do not wish to be named as he was not authorised to speak with the press, said the hall became empty few minutes after the news of the incident occurred as the passport seekers took to their heels.

“The lady came to the operations department for some visa issues. She was on mask when she came on Thursday but she could not finish with what she came to do. She came back today (Friday), but this time around, she did not mask her face.

“As she was being attended to, she started feeling dizzy, fell down and started coughing and vomiting.

“My brother, everybody took to his or her heels.

“The worst of it all was that her relations wanted to take her away but our officers prevented them. We were able to kit ourselves and took her to a room. But those who were not courageous enough closed work while so many people who came for one transaction or the other abandoned whatever they came to do.”

A visitor to the office, John Madu, said: “I only came to make enquiry when I saw people running helter skelter and I joined in the rat race. I was later told that a Chinese woman fell down and started vomiting. My fear is that they said she was also there the previous day. If she test positive to the virus, how will the government locate those that she would have had contacts with.

The Immigration personnel expressed regrets that health officials did not respond promptly to emergency calls.

“The worst thing is that we have been calling health emergency numbers and they have been promising that they were coming. We are yet to see them but we are keeping vigil until they will come.

“We won’t let her go though, she has been trying to convince us that nothing is wrong with her, but she must be certified free from the virus. We are not saying that she has it but with the symptoms we were told, she is already having some so we won’t let her go till medical experts clear her.”