Nightclubs in Lagos state have reportedly defied government order to shut down operations. 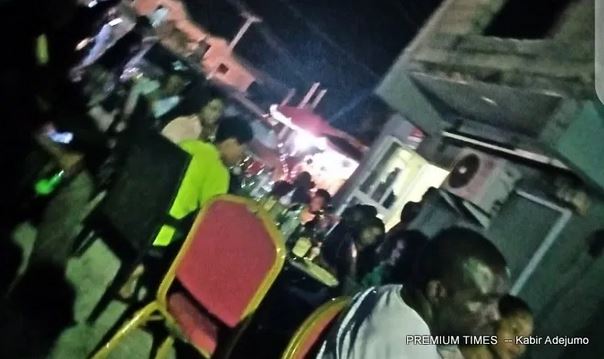 Despite rising cases of confirmed coronavirus infections in Nigeria, some night clubs in Lagos are still defying government’s advisory and remained open to their customers.

PREMIUM TIMES visited eight night clubs across the nation’s commercial capital on Saturday evening and observed that six of them were bustling with revellers, despite warnings against mass gatherings as a way of stalling the spread of coronavirus.

Even though they were operating against expert health opinion that recommended social distancing in the fight against coronavirus, the clubs also did not make hand sanitisers available for incoming customers.

As of Sunday morning, Nigeria has 26 confirmed cases of COVID-19, a disease caused by the coronavirus. Lagos, which holds about 21 million people, recorded the highest number with 16 infections. 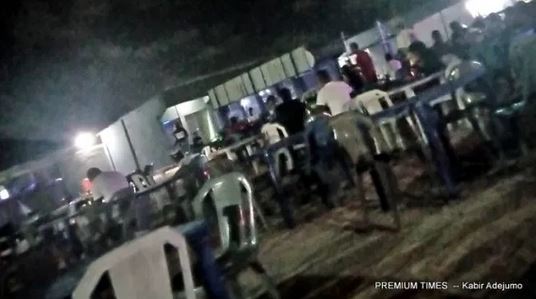 On March 19, Lagos announced restrictions on public gathering of more than 50 people, including worship centres, schools, public bars and event centres. On Saturday, the state announced a downward review of the restriction to 20 people and commenced wholesale enforcement.

But a large chunk of the city’s population did not seem ready to comply with the public health directives, preferring instead to ignore the pandemic and continue with normal activities. Several wedding programmes held across the state on Saturday afternoon, but task force officers clamped down on many of them and shut down the centres where they held, officials said.

The police also warned that any gathering of more than 50 people would be disrupted and organisers could face criminal charges for public endangerment. The rising cases had also prompted the Nigerian government to shut down all international airports to non-essential aviation activities.

Some of the wedding organisers said they proceeded with their event because the directive was too short for compliance, an excuse echoed by club owners who spoke with PREMIUM TIMES.

“Although coronavirus is real, it is not as bad as what they announce in radio”, an official at Aways Lounge told PREMIUM TIMES. 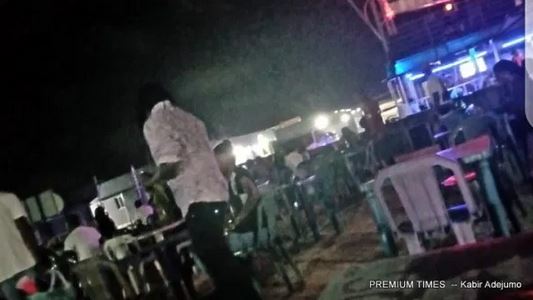 He said the “government should have provided” hand sanitisers when asked why the essential liquid was missing at the club’s entrance.

Dazey in Ajah was also opened with a mobile police officer searching incoming guests and providing security for the club despite the government’s warning against such activities. At least 150 people were seen partying inside Dazey Lounge when PREMIUM TIMES visited on Saturday night.

“If we closed down the club as ordered by the government, what then happens to our stock?” Dazey owner said. “I already told my boys that we are not taking new stock but we must sell the ones we have at hand before any close down.”

The club owner wondered why the government failed to issue similar advisory against dozens of markets that remain open across the state.
At other places visited, club owners told PREMIUM TIMES the government ought to have issued the notice a week before or meet with them on the mode of the closure.

Kazeem Owolola, who operates Lavalon in Lekki, said “a meeting with business owners would have been easier.”

He said health experts should be deployed to train club owners on how to practice safe hygiene amidst the outbreak. He, however, refused to clarify why he failed to provide basic hand sanitiser for those streaming into his nightclub.