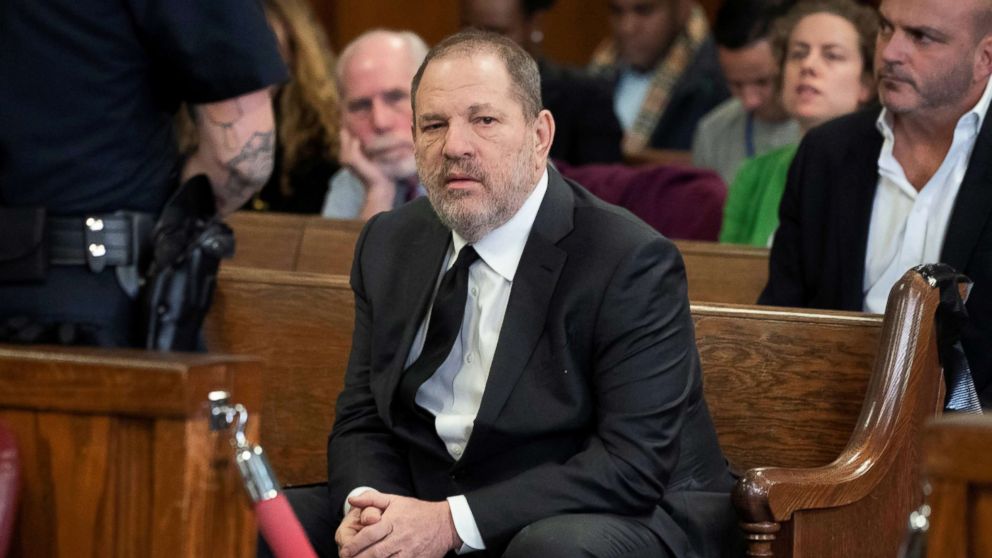 Convicted  Hollywood producer, Harvey Weinstein who was convicted on February 24 in New York City for raping a woman and sexually assaulting another woman, has reportedly tested positive for coronavirus in prison.

68-year-old Weinstein was taken into custody upon conviction before being entered in New York City's jail system. He was treated at Bellevue Hospital and was later transferred to Rikers Island jail in New York City.

After being handed a 23-year jail sentence on March 11, he was again taken to Bellevue Hospital and later transferred back to Rikers as he waited to be moved to a state prison. Rikers is however facing one of the country's worst reported coronavirus outbreaks, with at least 38 people testing positive as of last week.

"There is no better breeding ground for this virus than a closed environment such as a correctional facility."

It has been reported that 21 inmates and another 17 workers at Rikers have tested positive for COVID-19. The prison is now monitoring 58 inmates.
When contacted, representatives from New York State’s Department of Corrections did not respond to requests from news outlets for direct confirmation due to its policy that they “cannot comment on an individual’s medical record.” They however confirmed that two inmates at the facility have tested positive.

A spokesperson of the facility said;

It is however not clear if he contracted the deadly virus while at Wende or Rikers, or during one of two stays at NYC’s Bellevue hospital where he was treated for high blood pressure and chest pains. Officials believe he was already ill with the virus by the time he was transferred last Wednesday March 18.

A spokesperson for Weinstein told The Sun on Sunday afternoon that he had not been informed of a positive test result.