A Nigerian police officer has been caught on camera fainting while trying to arrest a suspect in Lagos state. 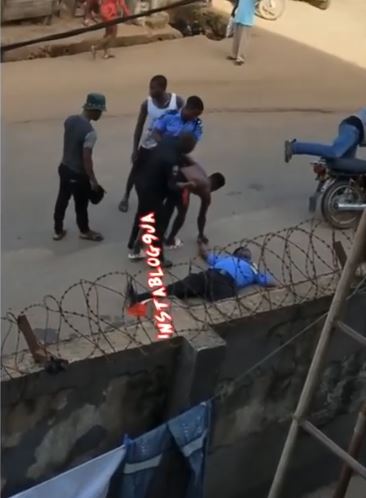 The police officer fainted on the street

A video has emerged online showing the very dramatic moment a police officer fainted while trying to arrest a suspect.

In the video, the policeman is seen with his colleagues holding on to the suspect who argues with them on the street. Suddenly, the officer falls to the ground and remains there for a while.

Surprisingly, it was the suspect who showed some concern about the policeman's state as his colleagues did not even check on him.

Eventually, the policeman got up again.

At the moment, the exact reason why the police officer collapsed remains unknown.