Pandemonium In Benue As Ortom Announces Lock Down


A lock down of Benue state has been announced by the state governor, Ortom after it recorded its first coronavirus case. 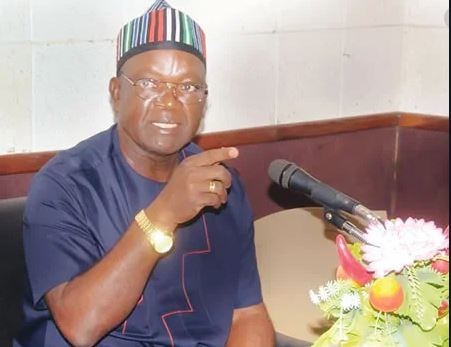 According to The PUNCH, there was pandemonium in Benue State on Saturday after Governor Samuel Ortom announced a lock down following the first record of Covid-19 patient in the state.

According to the governor, the affected individual Susan Okpe, who had just returned from United Kingdom (UK) tested positive.

Following announcement  that markets, churches and all public places would be shut down and movement restricted, there was pandemonium as many residents rushed to the market to purchase foodstuff.

Others hurriedly closed their shops while most of the drinking spots and major streets in Makurdi were deserted. Those who spoke to The Nation said they decided to stay in doors to avoid contracting the dreaded virus.