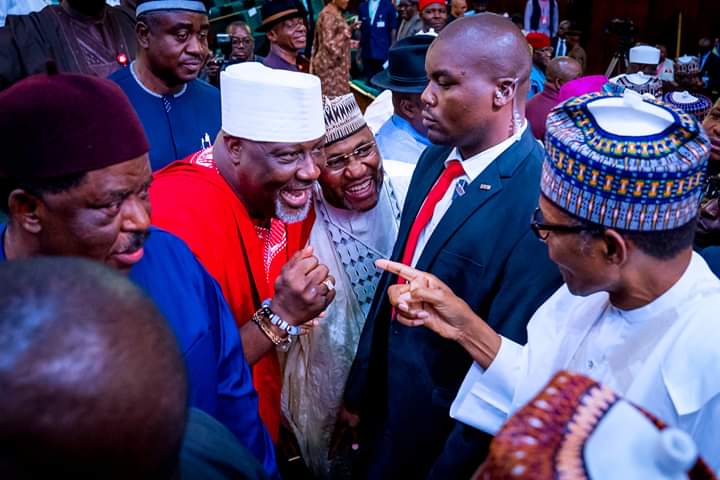 Dino Melaye and other senators meet President Buhari
The former Senator representing Kogi West Senatorial District, Dino Melaye has said that President Muhammadu Buhari's decision to ban movement in Abuja, Lagos and Ogun is undemocratic.
He said on Sunday that the President has no democratic right to take over affairs of States without the express approval of the Senate.
The former lawmaker made this statement on his official Facebook handle following the live Presidential broadcast of the No. 1 citizen earlier on Sunday, 29th March 2020 where the latter was quoted to have ordered the restriction of movement in Abuja, Lagos and Ogun.
"You will recall that I had a broadcast one week ago asking the for the lockdown of Abuja and Lagos. This buttresses the fact that I support measures to contain the Coronavirus pandemic but, it must be done in accordance with the law, " Melaye said.
"Nigeria is practicing constitutional Democracy and it is an absurdity for the President to take over the affairs of any state of the federation without the express approval of the State House of Assembly, " he added.
Top Stories