More details have emerged after a top minister committed suicide because of coronavirus pandemic. 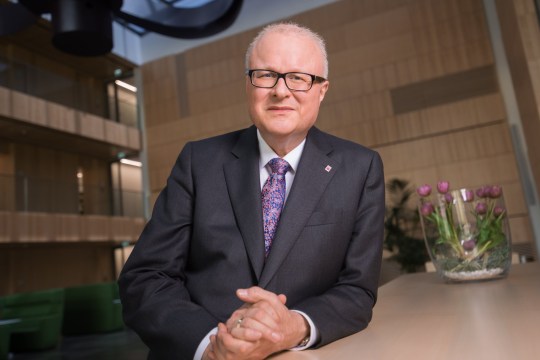 Thomas Schaefer
Authorities in Germany have released more information after a top politician and current minister of finance in Germany, Thomas Schaefer killed himself over coronavirus pandemic.
According to Metro UK, the finance minister of the Hesse region, was found on railway tracks at Hochheim, near Frankfurt, on Saturday.
Witness statements and forensics led authorities to believe the 54-year-old killed himself.
The state governor, Volker Bouffier, said in a statement that Mr Schaefer had been working ‘day and night’ to protect businesses and workers from the pandemic’s economic fallout.
‘His main concern was whether he could manage to fulfill the huge expectations of the population, especially in terms of financial aid. ‘For him, there was clearly no way out. He was desperate, and so he had to leave us. That has shocked us, has shocked me.
‘We are in shock, we are in disbelief and above all we are immensely sad.’ Mr Schaefer, a close ally of Chancellor Angela Merkel, had been Hesse’s finance chief for 10 years.
He had been touted as likely to take over from Mr Bouffier, who also belongs to Ms Merkel’s Christian Democratic Union (CDU) party. Friedrich Merz, who is a candidate for the party leadership, tweeted: ‘News about the sudden death of Thomas Shäfer has deeply shaken me. ‘As a person and politician he was one of our best – this is a difficult loss. We will mourn him with his wife and children.’
Politicians from other parties joined in paying tribute to Mr Schaefer. Fabio De Masi, an MP with The Left party, wrote: ‘We often no longer recognize politicians as people or the burdens they carry away from politics.’ German authorities say 455 people have died and more than 58,000 have tested positive for the coronavirus since the start of the outbreak.
Top Stories