The Kaduna State governor, Mallam Nasir el-Rufai, announced that the exercise will be between today Wednesday and 12 midnight of 2nd April. 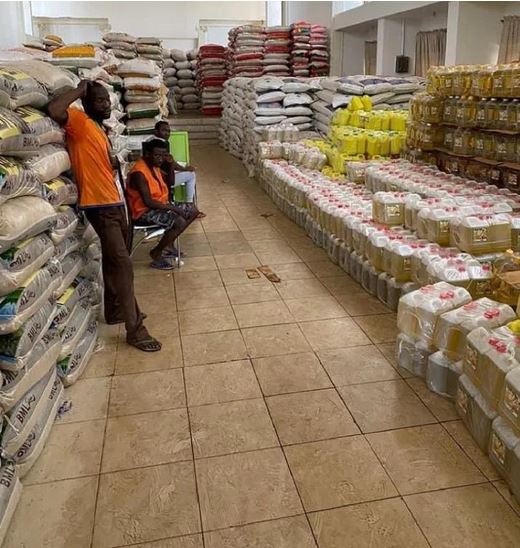 Some of the goods to be distributed by the Kaduna State Government.

Vanguard reports that the Kaduna State government has relaxed its restriction order for about 34 hours to allow residents to stock food and other essentials at home.

The Kaduna State governor, Mallam Nasir el-Rufai, announced that the exercise will be between 3 pm today (Wednesday and 12 midnight of 2nd April 2020.

El-Rufai made this pronouncement via his Twitter handle explaining that the restriction will be relaxed every Tuesday and Wednesday.

“The Kaduna State Government has decided to temporarily relax the restriction of movement, from 3 pm today to 12 midnight, tomorrow, Wednesday 2nd April 2020. This is to enable people to stock up on food and other essentials.

“Subsequently, the restriction of movement will be lifted every Tuesday and Wednesday.”

Earlier, the Kaduna State Government also began the “distribution of food and other forms of palliatives to its most vulnerable population to help ease the effects of the lockdown imposed, the govt is calling on well-meaning Nigerians to contribute to ensure that the poorest among us are able to eat decent meals.”