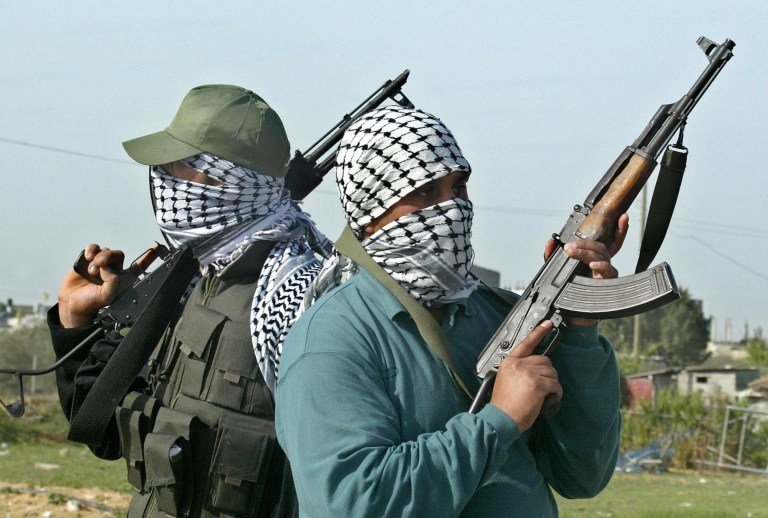 Gunmen (File photo)
Two Chinese Nationals who were abducted by gunmen in Ebonyi state have regained their freedom.
They were kidnapped at Green Filed Nigeria LTD Company site, Ishiagu last week.
However, a report by Loveth Odah, spokesperson of the Ebonyi state Police command has confirmed the release of the kidnapped foreign nationals.
Loveth Odah said: “It would be recalled that on March 29 the Command confirmed a kidnapped incident of two Chinese Nationals one Shen Gushen ‘m’ and Mao Ximnim ‘m’ which took place at Green Filed Nigeria ltd company site Ishiagu Ivo L.G.A of the state”.

She confirmed none of the Chinese nationals were harmed during their stay in the kidnappers’ den.
“The victims were released unharmed as a result of the sustained pressure mounted by the Police operatives.
The victims have been since reunited with their community. Meanwhile, Police is on manhunt for the bandits.”
Top Stories