A movie star, Princess Shyngle has shared a sad part of her life many people are not aware of. 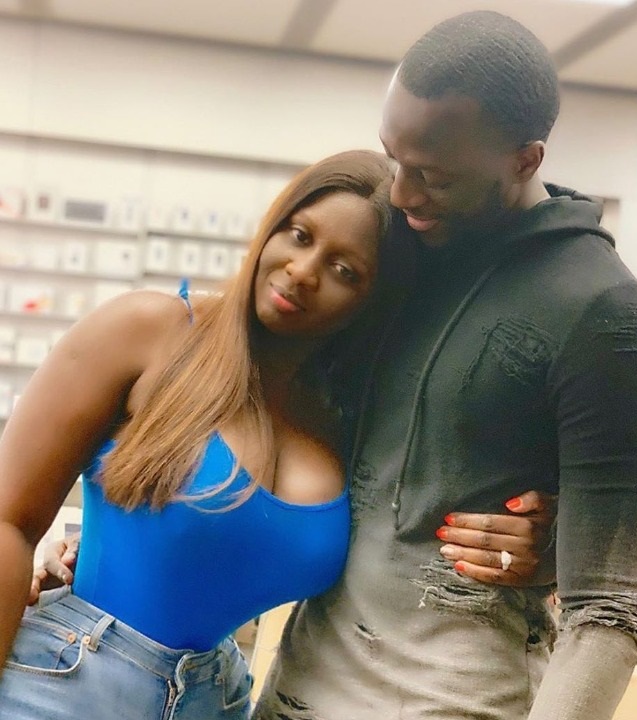 Princess Shyngle revealed that her man is in prison
Curvy actress, Princess Shyngle has shared a sad part of her life many people do not know about.
The actress in a YouTube post, has revealed her current predicament while crying bitterly.
She revealed that she’s pregnant, her fiance is in jail and she’s struggling alone without help from her friends or family.
The curvy actress said life has been hard for her ever since her Senegalese fiancé, Frederic Badji, was jailed for fraud in New York.
She called out those saying she’s sharing her story for clout. She said that if she wanted clout, all she’ll have to do is go naked or twerk and she’ll get people’s attention. She added that she decided to share her story to strengthen anyone going through the same ordeal.
Crying in the video, she said: “My man is in jail, I’m going through all these. I’ve been by myself for months, I’m struggling, I’m paying my bills, I’m going through it.
She added: “It took a lot of courage because I’m the only one in this. Nobody is in support of me, not my family, not my friends, nobody, nobody is in f***ing support of me.”
Watch the video below:

I came out with my story because I know there is someone out there going through the same thing I’m going through right now , but he/she is alone and feels worthless, feels like God doesn’t love him/her enough, well I’m here telling you that God loves us all equally and we’re all going through something in our lives, most of us would never share it because we want to show the world that we have this picture perfect life but I’m telling you now no one, no human has a perfect life. If you’re thinking suicide and in so much pain just use my story as a motivation. Feel free to dm me to talk. I love you who ever you are and wherever you are and I want you to know that God loves you more , have faith it’s surely going to pass ❤️❤️❤️ Episode 3 of Discovering Princess Shyngle in on YouTube now, click the link on my bio and end, don’t forget to comment 🙏🏽🙏🏽🙏🏽❤️. Please stay home and stay safe. #stayhome #staysafe #stayhealthy #washyourhands #socialdistancing #wegonnagetthroughthis #discoveringprincessshyngle Happy New Month ❤️