A young lady has been caught on camera fainting after she was proposed to by her boyfriend on her birthday. 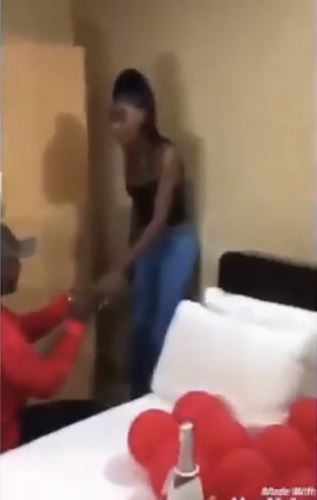 The lady fainted after being proposed to

A video has emerged in social media, showing the startling moment a young lady stunned people by fainting after she was proposed to.

Local reports showed that it was her birthday and her boyfriend had arranged to have her friends around as he staged the proposal.

However, as the man got down on one knee to pop the big question, the unnamed lady expressed shock and suddenly collapsed on the ground.

Friends quickly rushed to her and she was eventually resuscitated.

The video has since gone viral online and has attracted various reactions from different social media users.