As many as four inmates of a Kaduna prison have reportedly died during a riot over coronavirus fears. 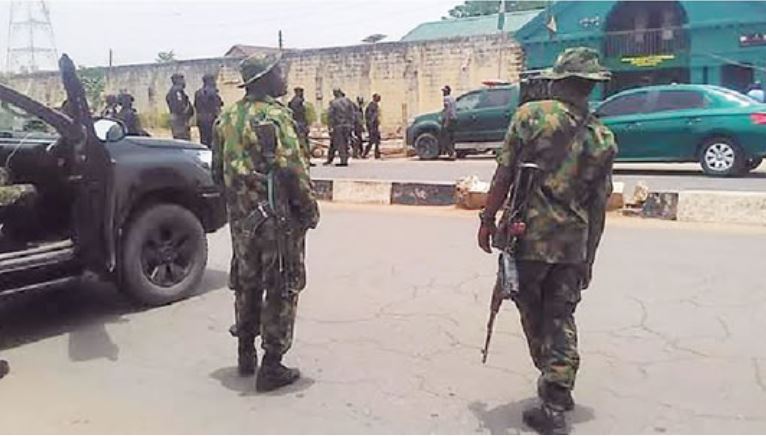 According to The PUNCH, the Nigeria Correctional Service, Kaduna State Command, said on Saturday that four inmates who sustained injuries during an attempted jailbreak at the state’s Maximum Custodial Centre in the state on Tuesday have died.

The Controller of Corrections, Kaduna State Command, Sanusi Mu’azu Danmusa, in a statement on Saturday explained that all the deceased inmates were from the condemned section of the custodial centre where the jailbreak occurred.

The PUNCH had reported that some inmates at the centre attempted to break out of the custodial centre over fears that coronavirus might spread to the facility. It was further learnt that the inmates feared they might be affected due to the congestion at the facility.

This led to unrest at the facility, which prompted the prison authorities to seek reinforcement from the army, police as well as Nigeria Security and Civil Defence Corps before the situation was brought under control.

A resident close to the facility had told The PUNCH that he heard gunshots from the premises while the fracas lasted.

But, narrating what led to the death of the inmates, Danmusa said, “This release is necessary to assure the public that the command and indeed the service are not trying to hide any fact as purported by a section of the press, especially when life is involved.

“Four inmates later died in the hospital from the injuries sustained in the melee that ensued while being restrained by the custodial officers from breaking (out of) jail. For the avoidance of doubt, all the deceased inmates were from the condemned section of the custodial centre where the jailbreak occurred.”

He said a comprehensive investigation had commenced on the directive of the Controller General of the Nigeria Correctional Service, Jafaru Ahmed.

The NCS had said 10 officers were injured during the incident, noting however that no inmate escaped.