Nigerians have taken to social media to mock actress, Funke Akindele following her arrest by the police. 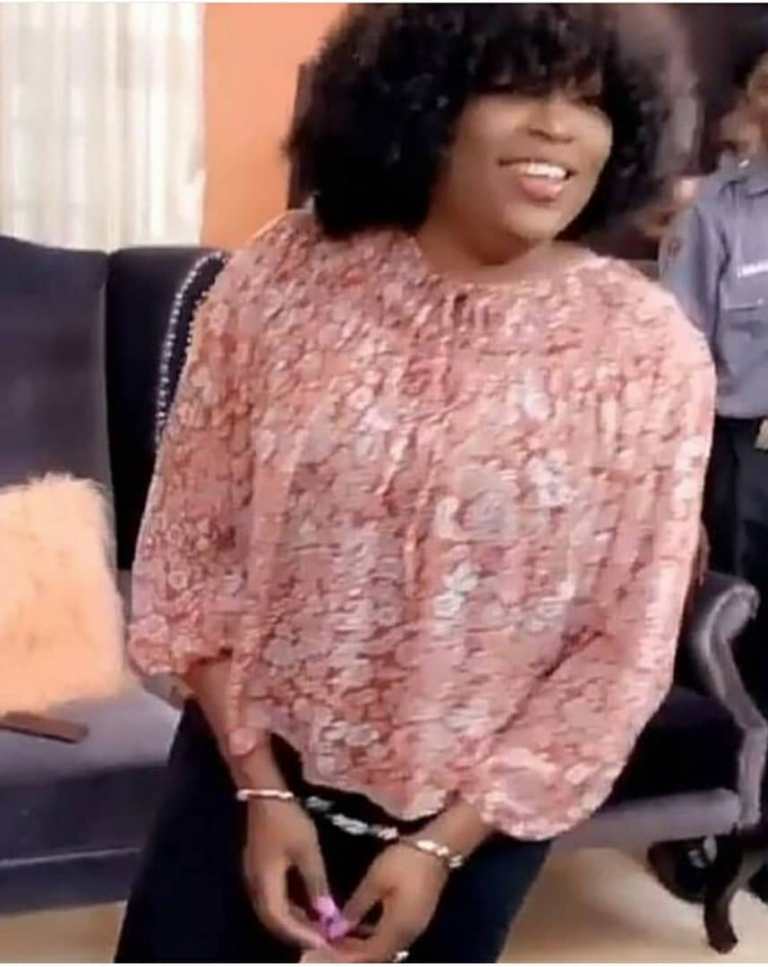 Funke Akindele arrested yesterday by the police
Popular Nollywood Actress Funke Akindele Bello is currently in police detention after being arrested for hosting a birthday party for her husband amid COVID-19 Pandemic.
Nigerians have come out to mock the actress after her husband, JJCSkillz had told Nigerians off saying they can say whatever they want.
Well, Funke was arrested Sunday evening and spent the night at State Criminal Investigation Department SCID office in Panti, Lagos state while her husband went on the run.
A photo of her being arrested at her house has also surfaced online.
See reactions on Twitter:
@im_anny_
It’s another hit. “Panti after Party” Funke Akindele ft Nairamarley
Produced by JJC @JJCSKILLZ
@Retiredsars
Funke Akindele is in police custody because she threw a birthday party for her husband – Prisoner for love
@aproko_doctor
Funke arrested Naira Marley asked to report himself or be declared wanted Some accountability restored.
No, you’re not a bad belle for clamouring that the right thing is done. You are simply a Nigerian that loves Nigeria, till you probably go to your real country
@Ayourb
Funke Akindele got arrested, lost her ambassadorial role, NCDC pulled her off, Dettol have also removed her, she will face the penalty of either 1 month jail term or N100k fine. All for a party she could have celebrated lowkey and still remain at peace. Action has consequences.
@ihemtuge_C
This is really a structural and behavioral adjustment and a deterrent to others. Well done.
@Adenira66277252
See Fake Love, You Flee Leaving Wife Funke Akindele Inside Prison Highly disappointed in you JJC Skillz!
@cliqik
While Funke Akindele was being dragged on Twitter, Instagram people were busy telling her “much love mama” See why I love Twitter, No ass licking(except for the shameless few), If you fuck up, Twitter will reason you matter. Twitter won again….I’m never leaving this app!!!
@OlisaOsega
They arrested Funke Akindele, the husband JapaLoudly crying faceLoudly crying faceLoudly crying face
Men will embarrass you Weary faceWeary face
I hear Lagos state is set to prosecute Funke Akindele in court over the house party….. Are you saying Funke doesn’t have someone a paddy in the corridors of govt. that can help her quash the case????
@kennygho
Tacha’s schedule is gonna be very busy this week cuz she’s the lawyer handling Funke akindele’s case.
@iSlimfit
NCDC and Dettol are quick to deny having anything to do with Funke Akindele. Other people in attendance at the party are all on the run. Lesson?
Top Stories