The government of Nigeria has reacted after Lagos state government arrested and prosecuted Nollywood actress, Funke Akindele and her husband. 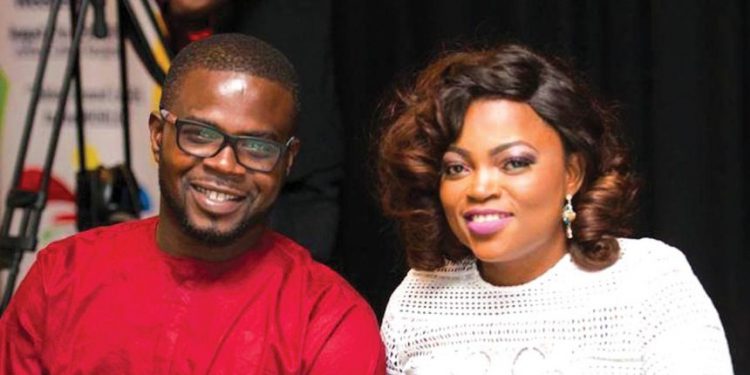 Funke Akindele and husband, JJC Skillz
The Federal Government has commended the Lagos State Police Command’s enforcement of the presidential order on lockdown of the state, which included  the arrest and prosecution of high-profile violators of the order.
The Chairman of the Presidential Task Force on COVID-19 and Secretary to the Federal Government, Boss Mustapha gave the commendation during a briefing of the taskforce in Lagos on Tuesday.
He said that nobody, no matter how highly-placed, is above the law.
Recall that popular actress Funke Akindele and her musician husband, Abdulrasheed Bello aka JJC Skillz, were dragged before an Ogba Chief Magistrate’s Court on Monday for violating the lockdown order by hosting a house party.
The couple was sentenced to 14-day community service with an option of N100,000 fine.
Popular musician, Naira Marley was also detained at the State Criminal Investigation and Intelligence Department (SCIID) for attending the party.
Also, a 2019 governorship candidate in the state, Babatunde Gbadamosi and his wife were detained at the SCIID for attending the controversial party.
Speaking on the Lagos State Police Command’s action of arresting and prosecuting the lockdown violators, Mustapha said, “Reports have been received of the general level of satisfactory compliance in Lagos with the lockdown order and we have similarly received reports of violations.
“In this case, I commend the governor of Lagos State with his institutions for the instant action of the government by prosecuting and convicting notable violators, which shows that nobody is above the law.”
Top Stories