Some residents of Lagos state who defied lockdown order to come out for exercises have been punished by soldiers. 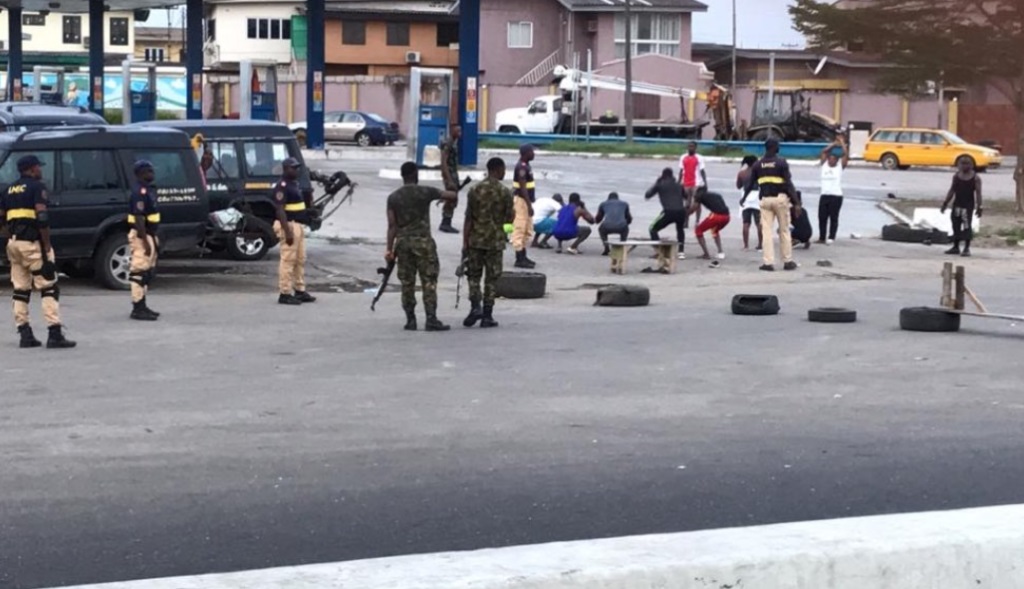 Soldiers punish residents who came out to exercise
Some residents of Gbagada in Lagos state got more than they could chew after coming out en masse to exercise despite the lock down order given by the government.
The gym enthusiasts who have flouted the stay-at-home order for some days now, eventually met their embarrassing fate after soldiers stormed their workout session to intensify it by punishing them.
Videos of the fitness enthusiasts on the expressway circulated online – Twitter user @Engr_Series shared a video of residents of Lagos state exercising on the now deserted Ikorodu road.
He wrote,
”So much for social distancing. The gym moved to Ikorodu this morning, from Haruna down to Agric busstop… Is this really a lockdown?”

The Security Agencies making the process easier people that want to keep fit and exercise their body this morning on Gbagada Express .... Kudos to them .. A Healthy Lagos is a SAFE Lagos. #Covid19Lagos pic.twitter.com/7fSInoeQz3