Nigerian international midfielder, Wildfred Ndidi has been named as Leicester City's Most Valuable Player of the season 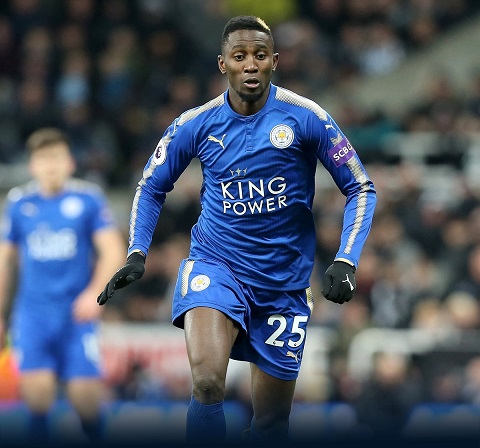 Wilfred Ndidi
Leicester City football club has named its Nigerian star midfielder, Wilfred Ndidi as the club’s Most Valuable Player of the season.
The revelation was made on Thursday after Sky Sports released a list of the most valuable players for the entire Premier League clubs in the 2019/20 season, unsurprisingly, the Nigerian was unveiled as the Foxes MVP.
The 23-year-old’s importance to the club became obvious as the squad struggled in his absence when he was out injured.
Brendan Rodgers’ side won only one out of the six matches that the Nigerian missed through injury.
The sports channel gave an assessment of why Ndidi was chosen as Leicester’s MVP for season, given his ability to start a counterattack, with the number of tackles made.
“Leicester lead the way for counterattacks this season, a hallmark of their game in recent years,” Sky Sports wrote.
“The bedrock of their midfield and the key man in launching so many fast breaks is Wilfred Ndidi.
“The Nigerian is a master of the art of the turnover, regularly winning possession and springing attacks. His 4.4 tackles per 90 minutes is the highest in the Premier League this season and significantly higher than the next-best central midfielder, Oriol Romeu, on 3.2.
“Ndidi’s value was further demonstrated by his recent injury absence – a five-game run that saw the previously high-flying Foxes take only two points from a possible 15.”
Ndidi has played 23 matches in the league before it was halted, scoring two goals and one assist.
Top Stories