How I Met My Husband - Femi Falana's Wife, Funmi Opens Up


Funmi Falana has opened up about her life and how she met her husband, the human rights lawyer, Femi Falana. 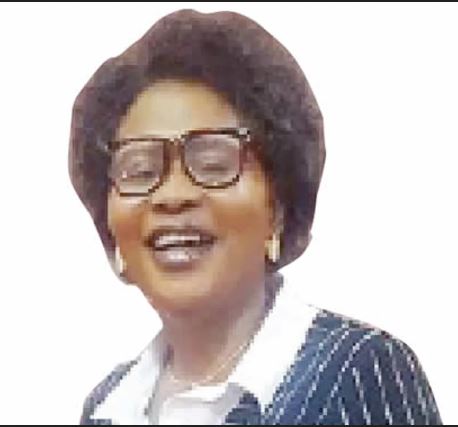 When was the first time you knew you wanted to become a lawyer?

I actually studied Physics at the university. I was working somewhere and I noticed that I wasn’t able to touch as many lives as I would have loved to with the instrumentality of physics. I then decided to study a course that would afford me the opportunity to touch the lives of the masses, and more importantly, women and children. So, I went back to the university after working for many years.

Did your marriage to a lawyer contribute to your desire to go back to school to study Law?

I actually come from a legal background. But I didn’t lean towards law while in school.

You returned to school when you were already married. How easy was it for you to cope?

I studied Civil Law and it was a part-time course. I was working, studying Law and taking care of the home. I had only one child then.

I was determined to make it work and I apportioned time for all the different aspects. If one is determined, one would be able to achieve anything.

Do you think that women are adequately protected by the Nigerian constitution?

The laws are there but in reality, women are marginalised and discriminated against. One would naturally want to ask why there are laws but they are not upheld. It also has to do with our customary beliefs and traditional practices in this part of the world. Section 42 of the Constitution specifically states that nobody shall be discriminated against on the basis of gender. That means every human being is equal before the law. And all the laws are applicable in this country. But unfortunately, that is not so because women are discriminated against everywhere, right from their homes. That is why there are lots of domestic violence cases in the country.

Underage girls are being raped— even in their homes. The male children are told that they are superior to their sisters. In politics, women are marginalised and in their places of work, they are discriminated against. These are the things we are trying to change in society. We want to let people know that men and women are equal as stated in the constitution of the Federal Republic of Nigeria and all other international instruments that are applicable in Nigeria such as the African Charter on the Rights and Welfare of the Child. The laws specify that a woman’s rights must not be lesser than a man’s rights in all ramifications and facets of life.

In what ways are you advocating for things to get better

We are campaigning and educating people. We educate the women because they must know that they have rights and assert them. Most times, when women’s rights are trampled upon, you have to persuade them to even speak out. Some women that have been raped find it difficult to speak out because of the fear of stigmatisation. These are things we are trying to educate women about. It is when they know that their rights exist, that they would know how to stand up for them.

We also educate the men because these practices are in their hearts. We let them know that a man is not superior to a woman, neither is the boy superior to the girl child in the home.

In positions of authority, we will continue to campaign for affirmative action in policy and decision-making. These are the things we try to correct. There is also something called ‘judicial activism’. We have had cause to go to court to fight cases for the rights of women.

For example, there was a law—Regulation 124 of the Police Act which specified that a female police officer would not be allowed to get married until after three years of service and even when she wanted to get married, she had to present her fiancé for approval before her superior officer. Meanwhile, for the man, that law was not applicable.

My non-governmental organisation— Women Empowerment and Legal Aid— challenged it in court and the court said the provision was unconstitutional and it discriminated against women, so it was null and void. Today, that regulation is no longer a part of police law. Women can now get married at any time they desire. Those are some of the things we have done in our struggle (judicial activism) for the rights of women.

At WELA, there is an empowerment programme where we provide free training for women and the underprivileged. They learn skills such as hairdressing, and tailoring. At the end of the training, we usually give them a little amount to start their businesses. Those are the ways we have been rehabilitating people, especially those that have suffered domestic violence.

What is your assessment of the impact of the Child Rights Act?

The Child Rights Act is a wonderful and comprehensive law but unfortunately, it is not well implemented. There is a body that is supposed to be set up by the governor to monitor the law in Lagos State and the Child Rights Act in the rest of the federation. We recently went to court to challenge that body; that they were not doing enough. The law provides that there should be free education but the authorities have not been following the rules to the letter. On a daily basis, one would see children on the road begging or hawking during school hours. Meanwhile, section 16 of the constitution states that every child of school age must be in school compulsorily until, at least, university level. Anybody that refuses to take their child to school is deemed to have committed an offence. The case is still in the court. It states that every child of school age should be compelled to go to school.

Do you think that women are doing enough to support women?

I agree with you that women are not doing enough but we are trying to educate them. Most of the traditional practices are enforced by the elderly women in the family. So it has been part of their traditions and customs and that is what we are also trying to discourage in the society.

Do you think that there is gender discrimination in the legal profession?

In the legal profession, as long as you can pull your weight and do your best, the sky is your limit. For example in Lagos State, there are more women than men on the bench (judges). I will, therefore, not say that there is discrimination.

What stirred the passion you have for defending the voiceless and underprivileged people?

Every one of us in the family is passionate about the masses. We have the love and interest of underprivileged people at heart. We tend to defend and fight for the rights of the masses.

A lot of children of the elite do not seem to have this kind of passion. How were you able to raise your children with that consciousness?

When our children were growing up, we (the parents) were part of different struggles. Those were the days of (General Ibrahim) Babangida (retd.) and (General Sani) Abacha (retd.) The children grew up seeing their father arrested. They knew that it was in the interest of the Nigerian people. So, as they grew up, they were caught up with that love to defend human rights which they saw their father doing.

On a number of occasions, your husband was locked up. How were you able to effectively steer the affairs of the home alone?

Back then, whenever my husband was arrested, I would jump into my car and drive after them. Sometimes, I would go to court to file a case, and still organise press conferences and gather people together.

As a family of lawyers, when taking decisions at home, do you sometimes put it through cross-examination like in the court of law?

Are you a lover of music?

What type of music do you prefer listening to?

I listen to Christian music, of course.

Do you listen to your son, Falz’ music?

I listen to his music. I love Soft Work, Ello Bae, This is Nigeria, and many others.

A Muslim group criticised Falz for the way he portrayed Muslim girls in the video for ‘This is Nigeria’, and they threatened to take him to court if he didn’t halt the video’s distribution. How did you feel at that time?

We thought they would go to court but they didn’t. That is the kind of country we have found ourselves in, where people are against the truth. If the things talked about in the song were not in tune with reality, it wouldn’t have been that popular.

In what ways has the rampaging coronavirus impacted the legal profession?

Unfortunately, the legal professionals have not been able to go to court. There are so many cases pending and the justice system is disturbed because there is a lockdown. The situations of some women are pathetic. Someone recently sent me a text message that some girls were being molested, raped and taken advantage of because of the lockdown. These are things we believe should not be happening. It is very unfortunate. But I think the legal profession, going forward, will need to readjust the administration of the justice system.

How did you meet your husband and what attracted you to him?

I met him several years ago in Akure (Ondo State capital), through a mutual friend. We all became friends and have remained so ever since. I loved his bluntness and he goes straight to the point.

Some people think it’s difficult for two lawyers to be in a successful marriage, because of arguments. Is there any truth to that?

I disagree with whoever said that. I actually think a lawyer is the best partner one can have, because you would be talking from the same point of view. You would understand each other and it would be easy to build yourselves. You would appreciate and respect the rights of each other.

Which schools did you attend?

What are your favourite colours?

I love bright colours when I’m not in court. But when I’m in court, I dress in black, of course. Because I’m a lawyer, my wardrobe is full of black and white clothes. So most times, I want to blend it with bright colours, such as red and yellow.