A young man who cut his afro hair has revealed the really hilarious way his father reacted afterwards. 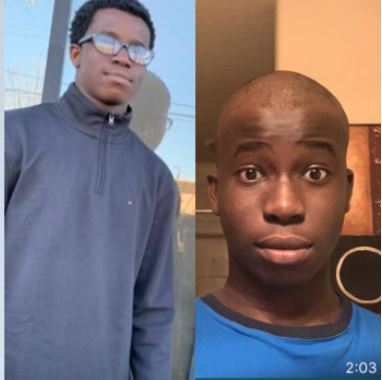 The young man cut his hair

A young man cut off his full afro and his father's reaction to his new haircut was typical of most Nigerian parents.

"So I cut my hair yesterday... look at my dads response," Maroijenyo tweeted alongside screenshots of his chat with his father. 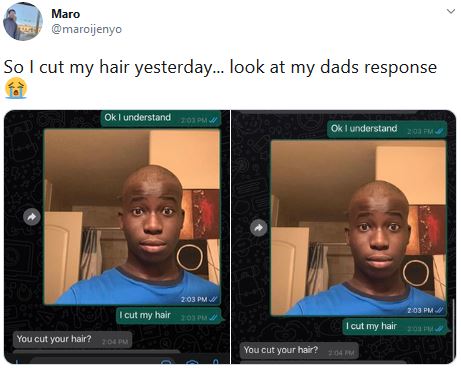 His father's response is one children of Nigerian parents can relate to.

See the response below.

What You Need To Know About Donor Eggs, Semen And Embryos
Recent Stories