The donations by the private sector for the fight against coronavirus has reached billions. 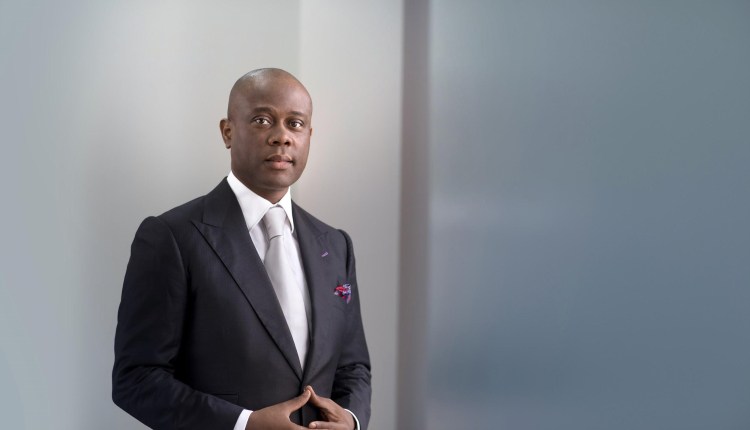 Herbert Wigwe
The Managing Director of Access Bank, Herbert Wigwe has revealed the total amount donated by the private sector to the war against Covid-19.
According to him, all the donations is now N23billion.
Wigwe who spoke to Stephanie Busari of CNN  in an interview on how the private sector is helping to further reduce the negative impact of Covid-19 pandemic in Nigeria added that another N20billion would soon be realised from donations.
He said the donations would be used to get medical equipment, build isolation centres and distribute food to citizens.
According to him, the whole money donated by the private sector is domiciled at the Central Bank of Nigeria (CBN) and not in the custody of the Federal Government.
“There are different committees that give an account of every penny spent from the money,” Wigwe said.
“Every 30 days KPMG carries out an audit process on money going in and coming out from this donations for accountability purposes.”
He stated that there there would be distribution of foodstuffs to 1.67 million households all over the country noting that each food item is bagged and branded “CACOVID NOT FOR SALE”.
The Access Bank boss said the foodstuff distribution would be done through state governors of each state, to the local government and finally to the wards, stressing that “we would give to the female head of homes in each family, the process would take two to three weeks.”
He said if the distribution can reach out to 80 per cent of the 1.67 million homes, it would be a success level in reaching out to Nigerians.
Speaking on the building of isolation centres, he explained that the private sector coalition would be partnering with the World Health Organisation (WHO) and Nigeria Centre for Disease Control (NCDC) to get it done in about 20 states including Lagos, Abuja and Portharcourt, adding that ventilators and bed would be provided.
Wigwe also assured that by next week the group would receive 38,000 molecular testing kits which he said were part of the 250,000  ordered.
With that, he said ,at least 1000 tests can be performed a day noting however, that 100 PCR testing kits that were ordered cannot come again due to rationing of it all over the world.
He said the Covid-19 pandemic has shown that the private sector and the banks need to invest heavily into the health care and pharmaceuticals even after the pandemic.
The CEO of Access Bank also said his group was open to supporting the Small and Medium Enterprises (SMEs) and the manufacturing sector such as companies manufacturing face-masks and health care equipment especially now that foreign exchange is scarce.
He said Access Bank has been significantly supporting the SMEs.
Top Stories