Bello El-Rufai: What Happens When The Son of A Nigerian Governor Threatens To Gangrape Your Mother?


Alexander Thandi Ubani writes on the disappointment of having the son of a governor go scotfree after threatening to gangrape another person's mother. 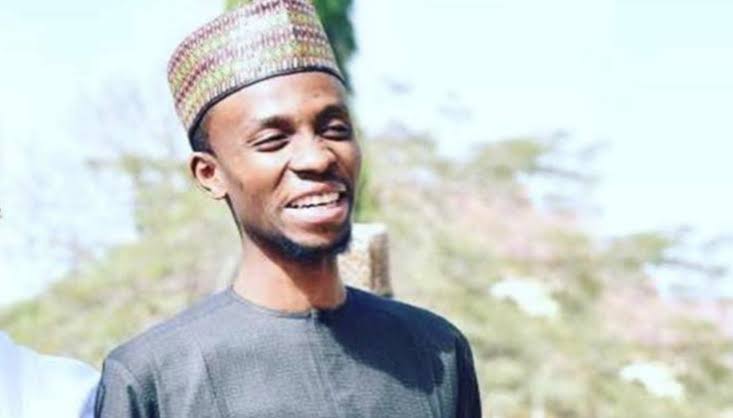 Today, I will not write about a Nigerian governor who locks up journalists for criticizing his government. I will spare you all the grumble; I won't even talk about how he organizes literary festivals where writers go to enjoy the goodies of life and come out unaroused and silent even when one of them is being strangled by the same folk. Not today, no not today.

I found out today that when you are the son of a governor, you can threaten to gangrape anyone and go scotfree. Nothing will happen to you as far as you release a watery apology to save face after insulting prominent individuals who had expressed shock over your shameful misdeed that was hailed by your own mother.

I have always followed Kaduna State Governor's son Bello El-Rufai closely and watched from afar his antics on social media, especially his penchant for insulting people (old and young) who hold different opinions from his. I thought he was loud, but I didn't know he is a depraved child. I am shocked because I know that it is only people from a debased home that talk the way he did to a Twitter user some days ago. I had expected a certain level of decorum from him.

Reading a reply to a Twitter user who disagreed with his political view shows a man who has lost every iota of respect for the women-folk, for himself, family, community, and for people from other ethnic groups. All I see now, is a man if given a position of power will use it to explore his sexual fantasies.

"Tell your mother I’m passing her to my friends tonight. “No Igbo sounds please!”  Bello tweeted.

“Your mother is the main whore of the South-East. I can’t reply you publicly. F**k Kanu and take a picture of the Second Niger Bridge, thanks to Buhari. My mentions are mine. If a Sunday bastard makes up lies and drags my father, his mother will be games. If he doesn’t want it, he shouldn’t mention me. The crowd has never phased (sic) me.

“Truly your mother’s son. Does she still earn by earning 2,019 naira per suck on Azikwe Street, Aba LGA? Tell her to wear mask and gloves while doing it due to this pandemic.” he added in another tweet.

The perverseness of the words above can only come from a (sexual) pervert, a predator who derives joy in bringing violence on a woman's body. An animal who takes by force what belongs to another. Or how else does he explain having carnal knowledge of a Twitter user's mother and giving her to his friends without using force - an act called rape. Bello boldly threatened to rape another person's mother like it is nothing. Such a man deserves to be locked away from a sane society and unfit to hold any position of power because he is bound to use it to exploit and force his will on others. He is a disaster waiting to happen.

I know for sure that if his father was not a governor and he was just like every other Nigerian who is not sheilded by the corrupt system, he would have been arrested. Where are the anti-rape warriors? You can't see any cos if you dare speak, you might likely disappear before you even finish shouting rape.  Or maybe, you will lose your job because your boss, a supposed feminist and anti-rape advocate answers to the oracle who backs the man threatening to rape another person's mother.

The events of the last few days how Bello threatened to gangrape the mother of a Twitter user just because he chose a different line of political argument from his is a reminder to all of us how unlucky it is to be a Nigerian. The rich and powerful, especially those who through dubious means found themselves controlling state power have always hounded, harassed, chased and killed ordinary Nigerians who have opposed their twisted minds. Bello is not just a disgrace to his family, he is a primitive-minded-powerhungry-goon who rides on the back of his father's political shoes for clout. He is no achiever, a social media rambler who sits in the comfort of his room chasing after sexual innuendos, looking for a victim to unleash his insatiable desires. He is a product of a longstained ethnic relationship that has stopped the country from reaching its peak.

Apart from threatening to sexually molest the twitter user's mother, he went as far as making mockery of the entire Igbo land, even when the person he was threatening didn't come from there. Bello's recent act shows his psyche is polluted not just with depravity, but also a deep hatred for an entire ethnic group. Without mincing words, Bello exposed himself as a tribal bigot, a pseudo-ethnic-warrior whose hatred for the Igbos is legendary.

In no distant time, Bello will be forced on the masses either as a state house of assembly member, or even pushed to the house of Representatives and maybe the Senate where he will brazenly achieve his objective of pointing at people's mothers and gangraping them without anyone batting an eyelid.

At this point, Bello needs help. That help should not come from his mother, Hadiza Isma El-Rufai, wife of the Kaduna state governor who saw nothing wrong with her son's perverse statement and even supported him when she was tagged to it. A mother who reads her son's tweet planning to gangrape another person's mother with his friends and finds it 'fair' deserves a shameful handshake. A mother, girlchild advocate, author, feminist and anti-rape advocate like Hadiza failed women on all fronts with her holey response to her son's vile excesses.

Be that as it may, we all must be human, but that doesn't mean that in the face of all their apologies we should forget the perverseness that has taken over their minds. And at a time people keep missing for criticizing these fellas, I have told my friends who to hold responsible if anything happens to me.

Always remember, no matter how hard it tries, a Leopard can never change its spots.