Enengedi explains that government's effort to mitigate the effect of the lockdown on the individuals most hit by it is just, but gathering people in large numbers is not ideal. 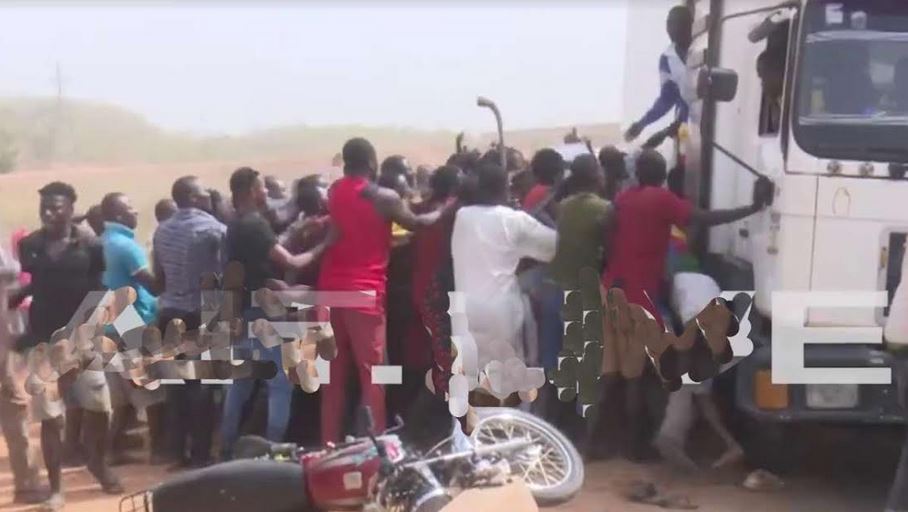 Sitting in my room today and watching a viral internet video showing a large crowd of people gathering at a location to receive food and relief materials provided by the government, I could not help but imagine the type of danger these people may have put themselves in. It was very disheartening to see people ignorantly advance without wearing face masks or any other protective gears.

Since the outbreak of the Coronavirus pandemic, people have been advised amongst other precautionary measures to observe social distancing in order to avoid the spread of the disease. What I saw in this video and many others that have made it to the internet does not suggest that people are adhering to the warnings. I find it very disturbing that the government who promulgated the order and even gone ahead to penalise people who have disobeyed could, in turn flout its own order by allowing people gather en masse for the distribution of relief materials despite the impending dangers.

The practice of Social distancing is highly recommended to reduce contact between people. Merriam-Webster dictionary defines social-distancing as the practice of maintaining a greater than usual physical distance from other people or of avoiding direct contact with people or objects in public places during the outbreak of a contagious disease to minimize exposure and reduce the transmission of infection.

According to public health officials, social-distancing is deliberately increasing the physical space between people to avoid spreading illness. Unfortunately, what is observed at this food distribution centres is a far cry from what should be the case, as a crowd is usually crammed together struggling for relief items provided by the government, and in some cases, private individuals and organisations.

Maybe because they do not know a patient/victim of the Coronavirus, many average persons do not believe the severe dangers it poses. The World Health Organisation (WHO) describes Coronaviruses as a family of viruses that cause illnesses ranging from the common cold to more severe diseases such as severe acute respiratory syndrome (SARS) and the Middle East respiratory syndrome (MERS). The virus spreads most likely through contact with virus-laden droplets expelled from an infected person’s cough, sneeze or breath.

When infected, the virus can kill one's critical respiratory tract stem cells that enable tissue to rejuvenate, thereby weakening the immune system. In more severe cases, the body’s effort to heal itself may be too robust, leading to the destruction of not just virus-infected cells, but healthy tissue. The signs of infection include fever, cough, shortness of breath and breathing difficulties, and in more severe cases, pneumonia, multiple organ failure and even death.

Let me paint a picture of the peril an infected person could have on other people. Imagine an infected Bayo happens to be at the distribution centre to collect relief materials. During the struggle, Bayo comes in contact with Tunde, Uche, Aminu and Akpan and they all contract the virus from droplets from Bayo’s cough or sneezing. They all go back home with no knowledge of what they have picked up as they unknowingly spread the virus to people in their households. The cycle keeps going on and on. Imagine there are many Bayo’s in that crowd and the number of people that could be infected. This can only mean that the purpose for which the lockdown imposed by the government was put in place, and social-distancing was advised has been defeated.

What then is the best way to distribute the palliatives and to also avoid unnecessary gathering?

What we are suffering from in this country is a lack of an updated system that properly captures the data of all or most of the citizens. Being deficient of such data hinders proper and efficient planning. Even though the government through the Minister of Humananitarian Affairs and Disaster Management, Hajiya Sadiya Farouq claims to have generated a list of beneficiaries from the National Social Registre and other programmes including the TraderMoni, MarketMoni and FarmerMoni, that has not in any way blind-sighted the questionable means by which the names were generated.

For my piece, less thought will be given to questions of possible waste and fraud or to evaluating how well the palliatives have been disbursed, but to ideals which should ensure utmost thought is given to health concerns. The effort to provide cash relief to Nigerians whose daily hustle has been halted by the lockdown is greatly encouraged, but it is important to go about it in a way that will not jeopardise the success we have made so far in containing the spread of the disease.

The best way to disburse these monies would have been identifying individuals using the Bank Verification Number (BVN) system and paying directly into their bank accounts. This has been done in many countries where data is readily available.

Understandably, not everyone has a bank account, especially those at the grassroots who have never had a reason to own one. The leaders in their communities could be used to reach out to them by exploring the door-to-door option. We can also replicate how it was done in Gambia where food packages including bags of bags of grains, kegs of oil were placed meters apart in rows for the people to randomly pick

As of today, there is no known vaccine or cure to the disease. The virus is not in anyway immune to nationality, race, gender, tribe or age. According to data provided by the Nigeria Centre for Disease Control (NCDC), there are 782 confirmed cases of the virus while 25 persons have unfortunately died.

Government's effort to mitigate the effect of the lockdown on low-income earners, households and individuals most hit by the lockdown is just, but gathering people in large numbers is not ideal, especially when there is a pandemic at hand.