A man who gave birth to 281 children with only 156 alive has been buried after he died of prostate cancer. 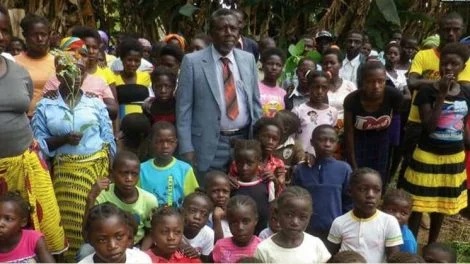 Late Francisco Tchikteny gave birth to 156 children
About a thousand mourners and sympathisers flouted Angolan president João Lourenço’s directive banning large gatherings – as a measure to curtail the spread of coronavirus – to pay their last respects to Francisco Tchikuteny Sabalo, the man who fathered 281 children from 47 wives at Mungongo Island in Angola on April 19.
According to the Voice of America (VOA), Sabalo, who was also known as Pai Grande, or Big Dad, was a popular polygamist. However, 125 of the children predeceased him, leaving him with 156 surviving children and 250 grandchildren.
Pai Grande, who died at the age of 73 after battling prostate cancer for over a year, was initially taken to the country’s capital city of Luanda as well as other places for treatment, but was returned home when his condition worsened to ensure that “if God called him, at least he would die beside the children and their mothers,” one of his sons said.
A dedicated family man and respected personality in his community, Pai Grande was described as “a complete human being” who was an advocate for education. Speaking to VOA in 2015, Sabalo, who said it was his wish for some of his children to take up careers in science and technology, revealed he spent over $1,500 on school supplies annually. 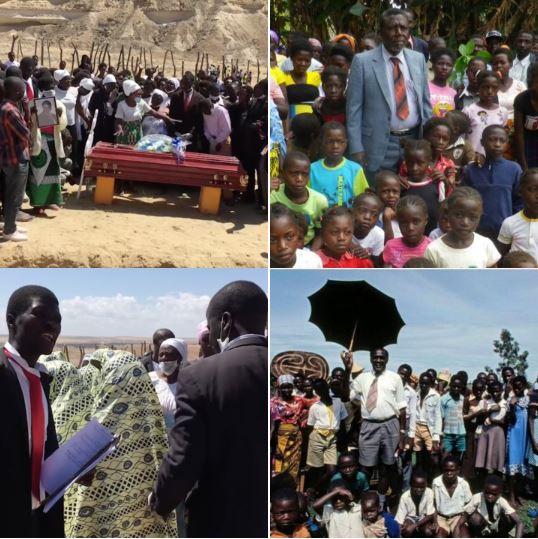 Three of his daughters currently are studying medical sciences and two sons are learning computer science, all at the high school level.
Tributes from other family and community members also poured in during the funeral, with his first wife vowing to do everything she can to keep the family together as per her husband’s wish.
“I will do anything to keep his children fed and OK,” she told VOA.
Pai Grande’s family live on subsistence farming, growing crops and rearing livestock. They also generate revenue from their sales.
He was “a complete human being” who prized family and championed education, one speaker said during the service, held beneath sun-screening canopies on arid Giraul do Meio, known locally as Mungongo Island, near the southern port city of Namibe.
Top Stories