An official of the Ibadan Electricity Distribution Company has been left disfigured after trying to distribute bills in Ogun. 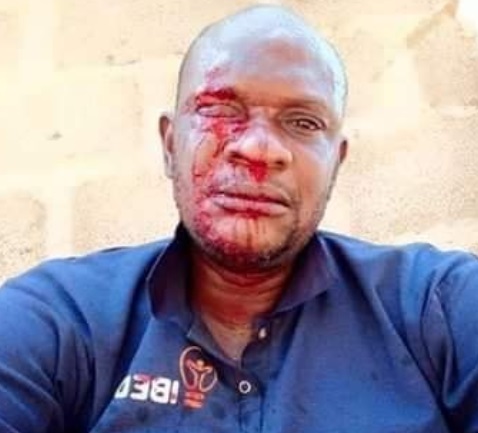 Ayorinde was beaten mercilessly by angry residents of Ogun state
A staff of the Ibadan Electricity Distribution Company(IBEDC), Ayorinde Olajide has been left with serious wound after aggrieved residents of Isale Igbeyin/Grammar school areas of Abeokuta in Ogun state on Thursday April 24th attacked him for distributing bills.
The residents were angry that the official could muster the boldness to distribute bills at a time Nigerians are suffering as a result of the lockdown.
Ayorinde while narrating his ordeal, said he was out distributing bills to the residents who were at home due to the lockdown when he was attacked.
"I was busy distributing electricity bills to houses around Isale -Igbehin and Grammar School area of Abeokuta and I was attacked by a group of people asking me to stop the unnecessary distribution of bills. Before I could even explain to them, they started throwing stones at me which affected my left eye. I was badly beaten without pity for discharging my duty, even when my boss arrived at the scene to rescue me into her vehicle, a guy came and hit me on my my left eye.  I was later rescued by my boss who reported the attack at the Ibara Police Station after which i was taken to a nearby Hospital for medical attention." he said
Top Stories