Coronavirus: 3 Patients In Kano Flee After Testing Positive For COVID-19. Switch Off Their Phones


There is palpable fear in Kano following the sudden disappearance of three patients after they tested positive for coronavirus. 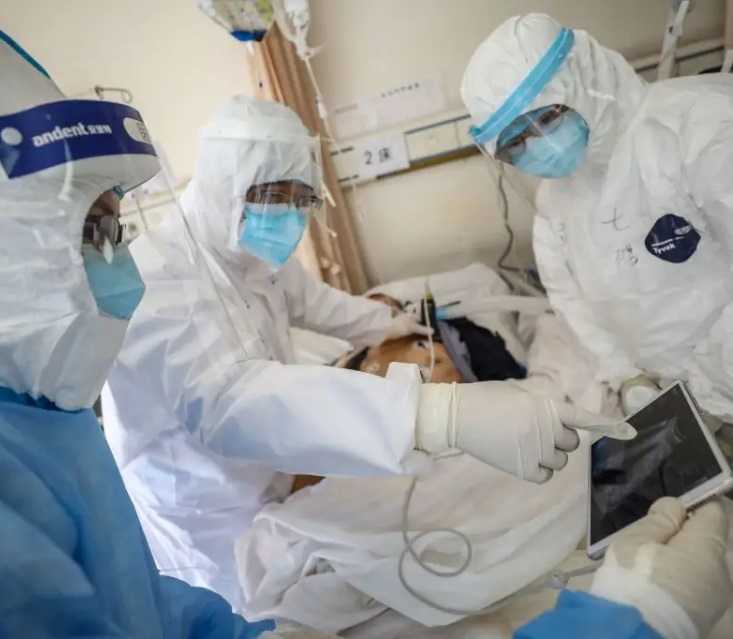 coronavirus
Three persons who tested positive for COVID-19 in Kano state have disappeared, according to The Kano State coordinator of technical response team on COVID-19, Tijjani Hussaini.
Speaking to Premium Times on Monday, Mr Hussaini said that the patients fled their known addresses and switched off their phones.
He said his team is working with security agencies to trace the patients and move them to the designated isolation centre.
Although he declined to reveal the specific location where the patients were previously living on ethical grounds, the coordinator said residents of the area were fully aware of runaway patients.
“Out of 77 confirmed cases tested positive in Kano, we are yet to trace three persons, because they have changed (their) place(s) of residence and switched off their phones. But we have sought the assistance of security personnel to trace them and take appropriate action,” he said.
Mr Hussaini added that the team in collaboration with traditional ward heads are working round the clock to trace the patients.
He confirmed that so far, there are 73 persons receiving treatment at the state’s isolation centres.
Also on Monday, the Kano State governor, Abdullahi Ganduje, accused the Presidential Task Force on COVID-19 of neglecting the state in its current battle against coronavirus spread.
Mr Ganduje said this in an interview with BBC Hausa Service on Monday.
He said, “We are in a serious problem. I can tell you the situation is really bad and scary. Because what we solely rely upon in fighting the disease is the testing centre.
“This laboratory suspended its operation five or six days ago. There is also a shortage of sample collection equipment. It is not a common equipment that you can go and buy in the market. Those whose samples were collected are still waiting to know their fate.”
However, the health minister, Osagie Ehanire, said on Sunday that the necessary materials had been sent to Kano and the testing centre would commence operations today.
In his speech, Mr Ganduje accused the Presidential Task Force on COVID-19 of poor communication.
“Even its Director General was in Kano. He spent a night there, but we have not heard from him again. The minister (of health) too knows the laboratory is not working,” he said.
He added, “there is serious problem. We have been complaining that Kano needs more than one testing centre, right from the beginning of this (pandemic).”
Top Stories