A man who was trying to help a vehicle seller remove his cars during the Ogba fire has allegedly made away with a Range rover. 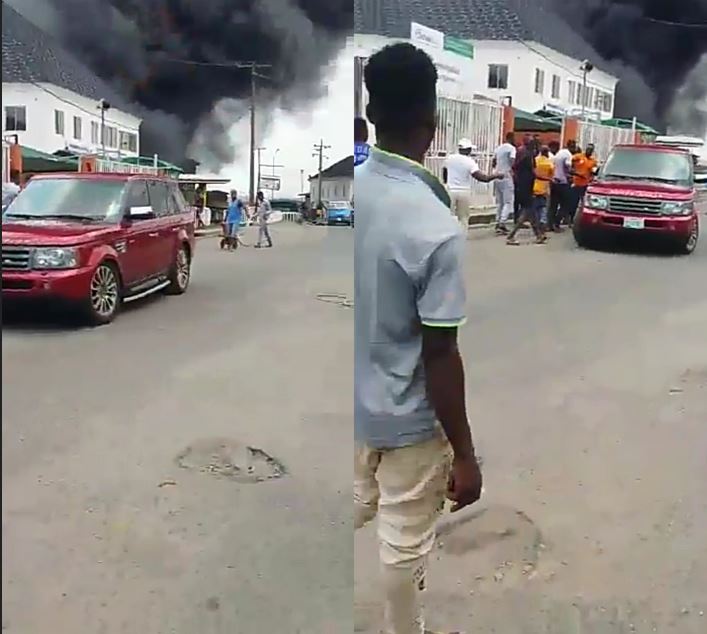 A man pretending to be a good Samaritan allegedly stole a car yesterday April 27, while helping to remove cars from a car dealership as fire gutted an NNPC petrol station at Ogba. 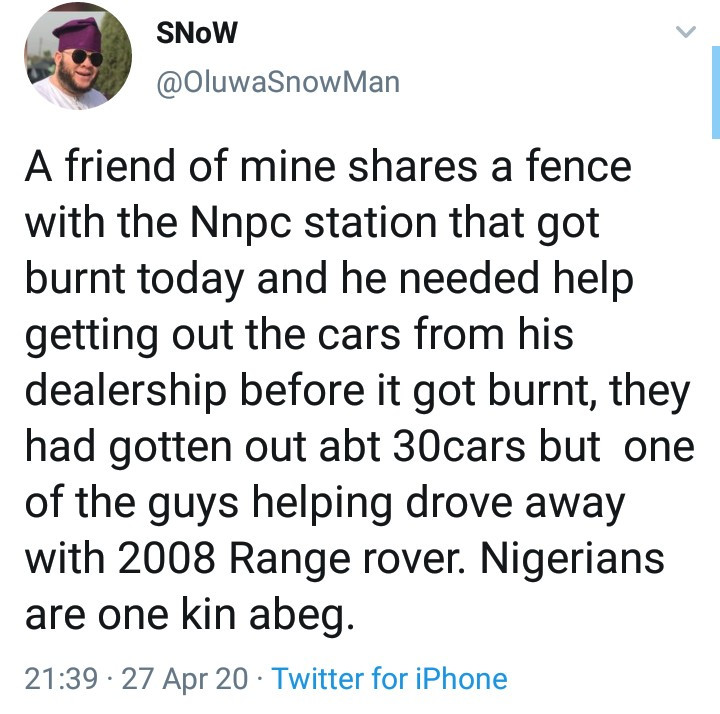 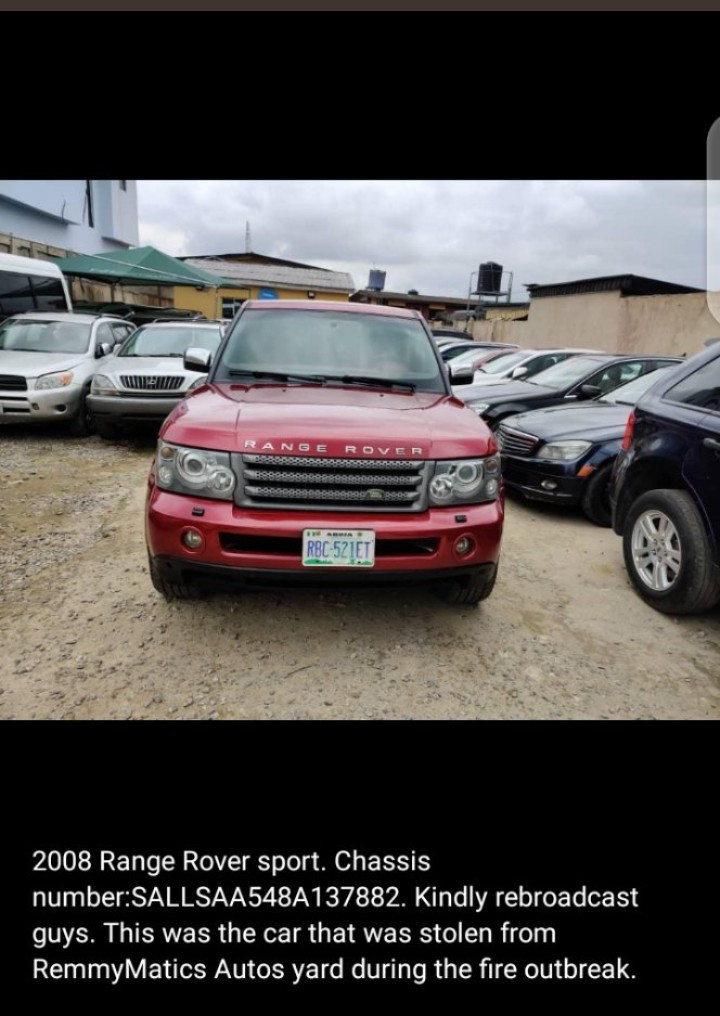 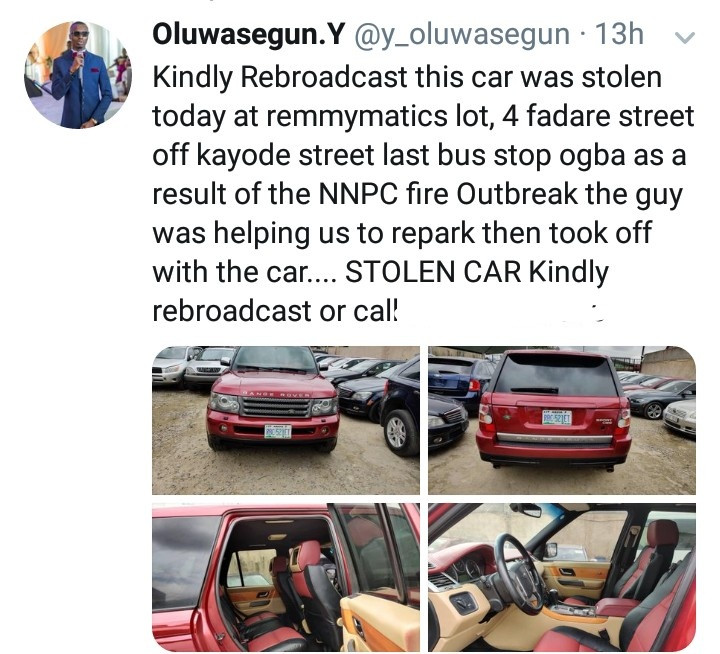 Unfortunately, one of those who came out pretending to help was only there to steal and he made away with a red Range Rover Sport 2008 model.

Below is a video showing the moment the Range Rover was driven off;

Moment man pretending to help steals Range Rover from a car dealership during the Ogba fire. The theft was captured by someone filming the fire incident.