Doctor Commits Suicide After Contracting Coronavirus In US (Photo)


A doctor has ended her life in a most sad manner after contracting the deadly coronavirus in the US. 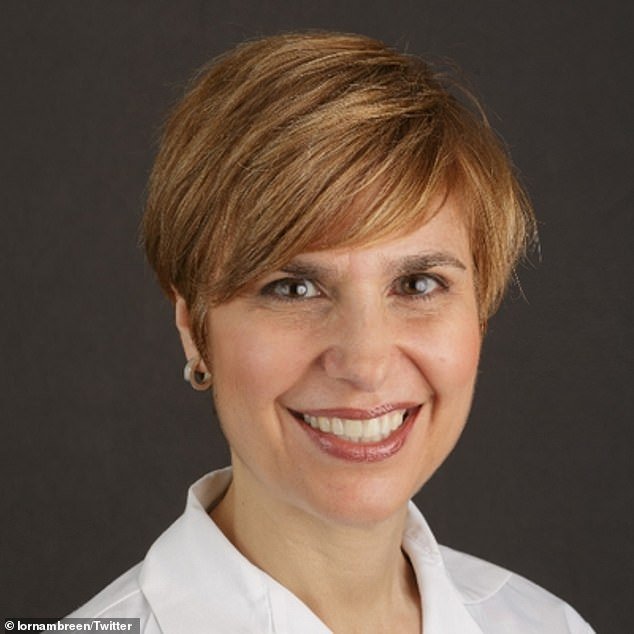 Dr. Lorna Breen
A top New York City doctor who was on the front line of the US fight against coronavirus has killed herself.
According to BBC, Dr. Lorna Breen, who was medical director of the emergency department at New York-Presbyterian Allen Hospital in Manhattan, died of self-inflicted injuries on Sunday, police said.
The 49-year-old’s father, Dr. Philip Breen, told the New York Times: “She tried to do her job and it killed her.”
New York accounts for 17,500 out of America’s coronavirus 56,000 deaths.
The elder Dr Breen said his daughter had had no history of mental illness. She died in Charlottesville, Virginia, where she had been staying with her family.
Lorna Breen herself had fallen ill with the coronavirus during the course of her work and returned to the job after about a week-and-a-half of recuperating, said her father.
The hospital had sent her home again, before her family “intervened” to bring her to Charlottesville, said her father.
He said that when they last spoke, his daughter had seemed “detached” and told him how Covid-19 patients were dying before they could even be removed from ambulances. Dozens of patients have succumbed to coronavirus at the 200-bed hospital in Manhattan.
“She was truly in the trenches on the front line,” her father told the Times.
“Make sure she’s praised as a hero. She’s a casualty just as much as anyone else who has died.”
According to the newspaper, Dr Lorna Breen was a devout Christian who was very close to her family. She was an avid skiier who also enjoyed salsa dancing. She volunteered once a week at a home for old people.
New York-Presbyterian Allen Hospital said in a statement: “Dr Breen is a hero who brought the highest ideals of medicine to the challenging front lines of the emergency department.”
In a press release confirming her death, the Charlottesville Police Department also described Dr Breen as a “hero”.
The police department said that after a call for help on 26 April, Dr Breen was taken to a local hospital for treatment “where she later succumbed to self-inflicted injuries”.
Police chief RaShall Brackney said in a statement: “Frontline healthcare professionals and first responders are not immune to the mental or physical effects of the current pandemic.
“On a daily basis,” she added, “these professionals operate under the most stressful of circumstances, and the coronavirus has introduced additional stressors.”
New York state has recorded almost a third of the country’s nearly one million confirmed Covid-19 cases.
On Monday, New York Governor Andrew Cuomo said random antibody tests indicated that a quarter of New York City (24.7%) – America’s most populous city with 8.3 million people – had been infected with coronavirus.
Top Stories