Power Generation Drops To 1,601mw Despite N200b For Gas 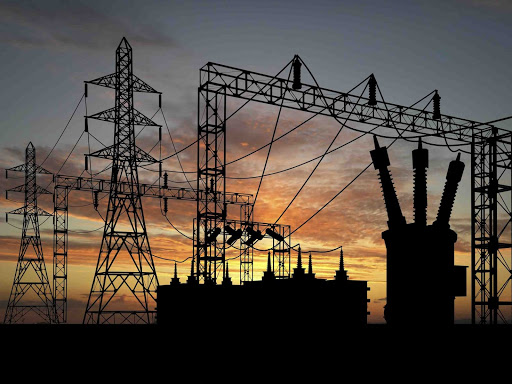 Electricity
Power generation on Wednesday dipped to 1,601mw even as the Nigerian National Petroleum Corporation (NNPC) recent release of N200 billion to gas suppliers.
A report by TheNation gathered that the electricity market had recorded an energy generation of 2,983mw at the corresponding time of Tuesday, according to the daily report of the Nigeria System Operator of the Transmission Company of Nigeria (TCN).
According to the Operational Report of 29/4/2020, which was posted on the Nigeria System Operator’s website on Thursday, Peak Generation was 5,188mw, the lowest generation was 2,883mw while energy generated was 92,151mwhr that is equivalent to 3,839mw on Wednesday.
The report added that the energy sent out on the day under review was 90,849mwh which is equivalent to 3,785mw.
In its operational report of 28/4/2020, the company said the sector on the previous day (27/4/2020) attained a peak generation of 4,641mw, lowest generation 3,120mw while its energy generated was 94,074mw (3,919mw) its energy sent out was 92,436mw (3,851mw).
It would be recalled that on April 15, 2020 the Group Managing Director of NNPC, Malam Mele Kyari disclosed that the Federal Government made payment of over N200 billion to the power sector to improve electricity supply.
He made the announcement after a closed door meeting of the NNPC team with the Minister of Power Mr Sale Mamman ,and Managing Director of Transmission Company of Nigeria (TCN) Mr Usman Mohammed.
Kyari said “Actually the Federal Government has made payment of over N200 billion for power in the last 23 days and this will go a long way to ensure that issues around power supply is addressed. And we will work as a team to ensure that all issues are settled.”
Kyari said that team was in the ministry of power to inform the minister that in the last one or two months and particularly during this COVID-19 period NNPC had increased gas supply to the power sector.
According to him, there would be significant improvement in power generation in all the Federal Government and associated power facilities.
“This also means that Nigerians will get better access to power during this lockdown period and going forward.
“There are issues around power supply process and we have discussed most of them and we are moving as a team to make sure that we resolve issues around payment and evacuation.
“We are very confident that this will get the desired result. We will visit some power plants tomorrow to make sure that we sort out any issue to ensure that Nigerians have access to better power.”
Kyari was optimistic that the minister was very clear on what was to be done to improve power. He vowed that “we will make sure this becomes transparent and obvious to all Nigerians.”
On his part, the Managing Director of TCN, Mr Usman Mohammed said that the meeting was to ensure that there is constant supply of power as directed by President Muhammadu Buhari.
Mohammed said that president directed that there should be constant power supply to the people during this COVID-19.
His words: “This is why this meeting was convened by the minister of power to discuss supply of gas to the power plants.
“And this is very important before now we have been discussing with NNPC, of course, there is gas availability in the market but there are several power plants that don’t have gas and that is a big problem for us.
“With this meeting where the minister prevailed that NNPC should assist in supplying gas to the power plants we believe that will have steady and sustainable power supply going forward especially during the COVID-19 period.”
Although the gas suppliers were insisting that the N200billion was an intervention to defray some of the debt owed to gas supplying companies, Nigerians never expected a sudden dip in power generation a fortnight after the payment.
Top Stories