The incident occurred on Sunday after the government lifted the coronavirus quarantine in her city. 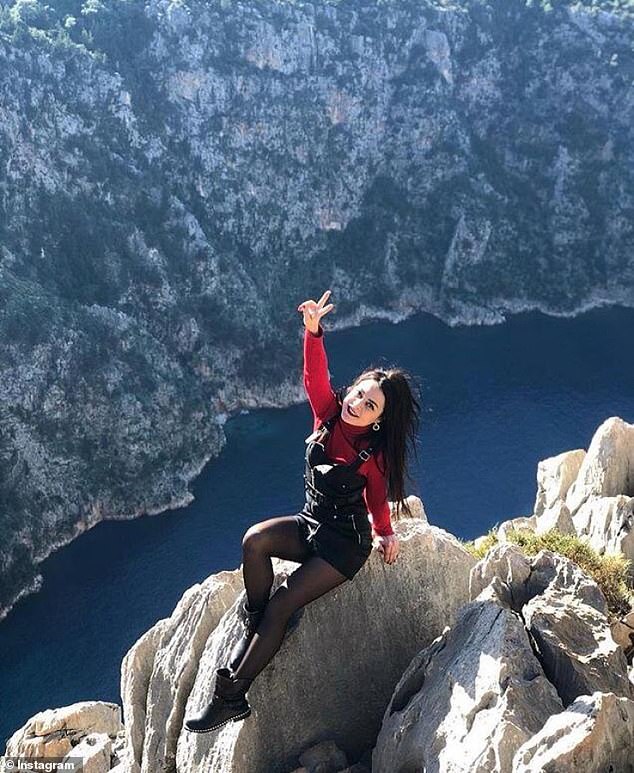 A 31-year-old woman slipped on the grass and fell from a 115-foot cliff to her death while posing for a picture in Turkey.

Kazakh native Olesya Suspitsyna perished in front of her female friend who was taking the photograph in the tourist city of Antalya in the south-west of the country.

The incident occurred on Sunday after the government lifted the coronavirus quarantine in the city.

Reports say the women went for a walk to the popular Duden Park, known for its scenic waterfalls, after weeks of the stay-at-home order.

During the walk, Olesya decided to take a photo on the edge of a cliff with the waterfalls in the background.

She climbed over the safety fence and started posing for the image in front of her friend, who has not been named.

At one point, Olesya slipped on the grass, lost her balance and dropped off the 115 foot (35 metre) cliff to her death, according to reports.

Later Olesya's body was found and pulled out of the water by local rescuers.

Turkish police investigated the case and concluded it was an accident, the victim's relatives said.

Olesya worked as a tour guide in the city for the last five years.

Commenting one of her pictures, she wrote on her Instagram: 'I will always admire the beauty of the Turkish nature. This is my paradise.'

Her mourning relative Yury told to Kazakh media: 'Olesya was a smart and cheerful person. She set goals and made them happen.'

Her close friend Olga Kravchuk said: 'Olesya always loved the sea and dreamed of living in Turkey. She made her dream come true.

'More than anything she loved the feeling of freedom.

'This is an irreparable loss. My heart is broken.'

A social media user Zlobi added: 'She [Olesya] always said she was happy to live in this city. It was her place in the world.'

And Zlatadzyuba said: 'I cannot believe you're gone. I see you alive and smiling in my memory.

'Terrible loss. My thoughts are with you and your family.'

Olesya's body is to be transported from Turkey to Kazakhstan on Saturday.

She will be buried in her native city of Kostanay, according to reports.

Turkey has shuttered schools, restaurants and cafes to curb a surge in cases of the COVID-19 disease. Though some workplaces remain open, it has imposed partial stay-at-home orders, largely closed borders and slowed domestic movement.

The country is seventh globally in confirmed cases of the new coronavirus, with 117,589 cases and 3,081 deaths.