The two states in Nigeria with the highest number of poor people have been revealed. 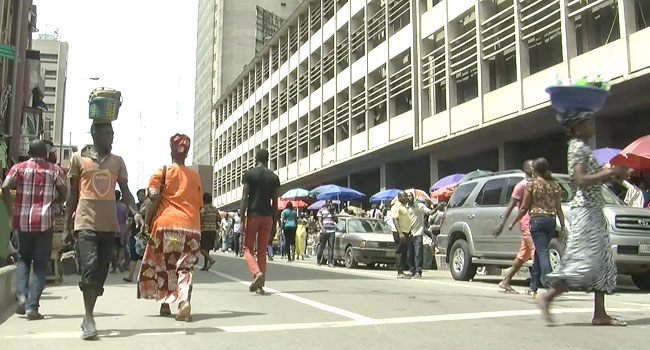 Nigerians
A staggering 82.9 million Nigerians live in poverty according to the 2019 Poverty & Inequality in Nigeria report released by the National Bureau of Statistics on Monday.
Borno is excluded in the report because it is ravaged by Boko Haram insurgents.
The report showed that Sokoto and Taraba states — at 87.7 percent poverty — lead in terms of percentage of people living in poverty, while Lagos and Delta have the lowest numbers at 4.5 and six percent respectively.
According to the report, 52.10% of rural dwellers are living in poverty while the poverty rate in urban centres is 18.04%.
The last poverty data released by the NBS was in 2010 when 62.6% of the population (102.2 million) was living in poverty.
The NBS, alongside the World Bank, used the Nigerian living standards survey (NLSS) to measure poverty and living standards between September of 2018 and October of 2019.
The NLSS measured poverty using the consumption expenditure rather than income.
“The consumption aggregate is the monetary value of food and non-food goods and services consumed by the household,” the report read.
“Thus, the consumption aggregate has the following component: expenditure on food from all sources, schooling and education expenditure, healthcare expenditure, housing expenditure, non-food expenditure like clothing and recreation.”
In June 2018, Brookings Institution said Nigeria has overtaken India as the poverty capital of the world.
The institution had estimated that the number of Nigerians in extreme poverty increases by six people every minute.
Top Stories