An assistant commissioner of police has lost the battle for his life after a protracted illness. 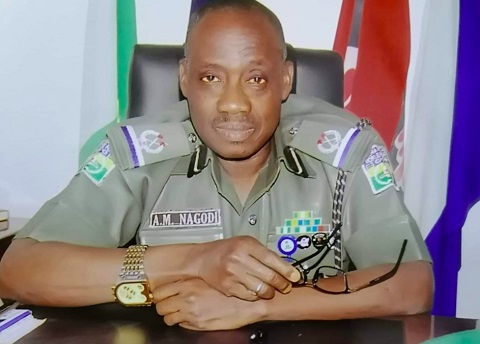 Atiku Nagodi
Nigerian Mobile Police Commander, MOPOL 9 Assistant Commissioner of Police, Atiku Nagodi has died after a long battle with an undisclosed illness.
The Nation reports that MOPOL 9 is domiciled at Hotoro, Nassarawa local government area of Kano state.
Nagodi died on Monday after a protracted illness at his residence in Kano.
Kano Police Public Relations Officer, DSP Abdullahi Haruna Kiyawa, confirmed the incident to The Nation.
He said the late MOPOL Commander served in many Police formations before his deployment as MOPOL 9 Commander.
Kiyawa said the deceased had been buried in his residence on BUK road after funeral prayers were observed.
According to him, Nagodi  54yrs, died after a protracted illness.
Haruna said: “He did not die of coronavirus. He died after protracted illness.

“l will give you the full details, when l get to the back to the office on Tuesday.”
The late MOPOL Commander is survived by a wife and children.
Top Stories