Members of the House of Representatives have been accused of having a hidden agenda for trying to force Nigerians to accept Infectious Diseases Bill. 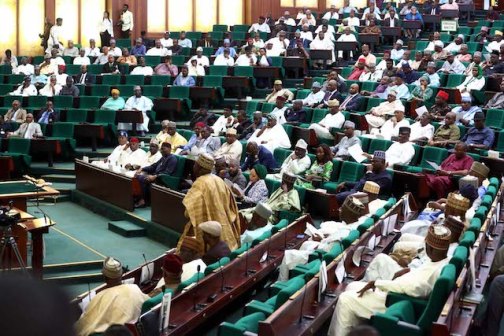 House of Representatives
Over forty Civil Society Organisations in Nigeria accused the House of Representatives of trying to force the Control of Infectious Diseases Bill on Nigerians as a result of the fast pace lawmakers are trying to pass it.
The bill to make vaccines compulsory was co-sponsored by the Speaker, Femi Gbajabiamila, Reps Pascal Obi and Tanko Sununu.
The Coalition of United Political Parties (CUPP) already alleged that the Green Chamber of the National Assembly had been offered money to pass the bill despite no input from stakeholders.
The bill passed first and second reading at plenary under controversial circumstances.
The CSOs, in a joint statement by Centre for Democracy and Development, Civil Society Legislative Advocacy Centre, Say No Campaign, Amnesty International, Yiaga Africa, Human and Environmental Development Agenda, International Press Centre, among others, said the bill almost passed third reading in April before it was resisted by some vigilant members.
The civil society community opined that the legislative and policy measures currently being implemented in response to the COVID-19 pandemic are inadequate to respond to and manage the challenge of infectious diseases with grave implications on the country.
The coalition lamented the House of Representatives’ attempt to give accelerated passage to such a critical legislation like the Control of Infectious Diseases Bill without consultation and inputs from relevant stakeholders and the public.
“We understand that the House is resolute to pass the bill and it has fixed Tuesday, May 5, 2020 for presentation of the report of the Committee of the Whole and clause by clause voting on the bill without public hearing or consultation with relevant stakeholders. This runs contrary to the principles of effective and inclusive lawmaking.
“The Bill violates key principles of legislative drafting rules mandating laws to be simple, clear and unambiguous. This leaves room for significant amount of discretion on the part of the implementing authorities and limits the rights of citizens and respective institutions to question decisions taken in the exercise of the powers provided in the Bill.
“There is therefore the need to clearly define terms used, extent of powers granted, and penalties for breach. For instance, the proposed Bill makes an attempt to define ‘surveillance’ in its interpretation section but fails to provide a clear definition on the reach and extent of the power to demand public health surveillance program and regulating framework.
“Throughout, the Bill is referred to as an “Act” implying that the proposed document is already an enacted legislation (Act). In addition, the Bill does not define who constitutes a health worker, which, as defined in the Bill, as anyone appointed by the Director General. In addition, we have concerns with Clause 74(1) and (2), which deals with the collection of fees, charges and moneys, and some payments to be made to the Consolidated Fund or the agency,” they said.
They demanded that the House of Representatives subject the bill to public scrutiny by embarking on stakeholder consultations and a public hearing to harness public inputs into the legislation.
The coalition asked the the House to utilize the opportunity provided by the reviewed lockdown policy to consult with relevant stakeholders and the people.
They called for review of all provisions of the bill that foster inter-agency conflicts and abuse of power and undermine constitutionally guaranteed rights and are contrary to the rule of law and Nigeria’s International human rights obligations.
“It is important to note that while we understand the importance of a legislative framework that guarantee effective response to public health crises, we must do so within the rule of law and in conformity with the Constitution and Nigeria’s International human rights obligations. democratic principles”, the CSOs added.
Top Stories