According to a report, two sons of Mexican drug lord, El Chapo has imposed a curfew on the residents of a town under their cartel’s control due to the coronavirus. 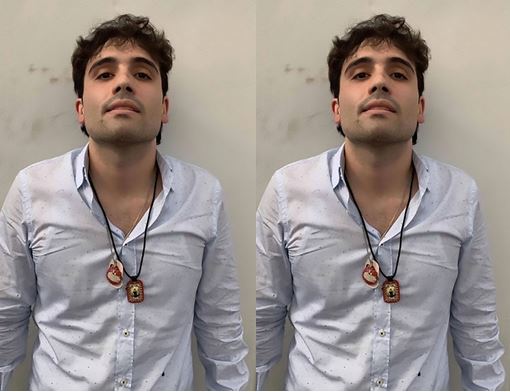 Two of El Chapo's sons have imposed a coronavirus curfew on a town under their cartel's control, according to local media.

Iván Archivaldo Guzmán and Jesús Alfredo Guzmán have threatened those who disobey the restrictions with beatings with boards, arrest or fines, the Yucatan Times reported.

Joaquín 'El Chapo' Guzmán is currently serving a life sentence at ADX Florence, a prison in Colorado dubbed the 'Alcatraz of the Rockies.'.

"This is no game, we’re not playing," a member of the Sinaloa Cartel reportedly said in one of several videos circulating on social media.

"After ten o’clock at night, all the people must be inside their homes due to the coronavirus, otherwise they will be punished, these are orders "from above (from Los Chapitos)," the video said, referring to the brothers.

The two brothers are known as 'Los Chapitos' or 'the little Chapos' and are said to be running their father's cartel.

The Yucatan Times says that cartel members have been patrolling Culiacán, the state capital of Sinaloa, Mexico, in heavily-armoured vehicles to enforce the curfew.

El Chapo was extradited to the US in 2017 having initially been arrested in 2014 before escaping through a tunnel under his jail cell. He was recaptured in 2016.

Mexico has 26,025 confirmed coronavirus cases and has had 2,507 deaths, far less than the United States.