A sibling of the UNIPORT student who was killed recently has opened up on how the devastating tragedy is affecting everyone in their family. 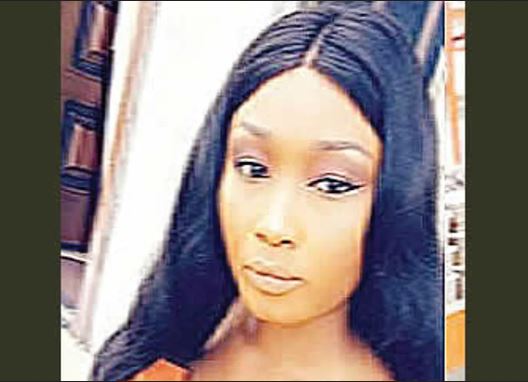 Ilami Adoki is a sister of the late Joy Adoki, one of the three students of the University of Port Harcourt, Rivers State gruesomely murdered by suspected kidnappers. She tells CHUKWUDI AKASIKE how the tragedy has been affecting the family

How did you receive the news of the death of your sister, Joy Adoki?

What can I say? The news was not what we were expecting because from the day we realised she was missing, I ensured efforts were ongoing to find her. Although we saw some lies posted on Twitter, we thank God that at the end, we were able to get where they buried her.

When you finally got the message that she was killed alongside two other persons, how did you feel?

My brother called and asked where I was. I told him I was at home. He asked if our mum was there with me and I said yes. He said he had news but that it was not something we could tell her (mother). I left where I was seated immediately and went outside. That was how he broke the news to me that our sister was dead. I said, ‘God, unto you we give all the glory; you know why it happened like that.’

What do you think she will be remembered for?

She was a jovial and generous person; she was a role model at home. She was the make-up artist we had in our house. In short, my sister was hard-working; she was willing to do any legitimate business to make profit. Doing make-up was her major job but she also made wigs for women and traded in men’s sandals. We are both in the business; we are like business partners.

One of the victims was identified as Nelson Nwafor, what was his relationship with your sister?

He was her neighbour in school; they were living off campus. They lived on the same street in Alakahia. They were not lovers; just neighbours.

What were her ambitions in life?

My sister’s plan was that finishing from university and completing her National Youth Service Corps programme, she would travel abroad and start a new life over there. She was very good with handcrafts and felt she would do well over there.

The University of Port Harcourt has said Joy was supposed to have gone home since the school had been closed. Do you know why she didn’t leave her accommodation off campus?

She was a final-year student and was still busy writing her dissertation. She felt that if she came home, she would not be able to concentrate on her academic work. So, she decided to stay where she would be able to complete her thesis; that was why she did not come back home. I know every day; she always had something to type regarding her thesis. Those typing it were closer to her school than our home.

What message do you have for the police regarding the killing of your sister and two other persons?

I really appreciate them; they did a very good job. Their investigation was very good and I love that they were able to discover my sister’s corpse. I’m okay with it. Some people have died and their relations cannot say how they died. All the relations will know is that they cannot hear from the person again. So, I really appreciate their (police) job; they did a very good job. I say a very big ‘thank you’ to them.

When was your last time you spoke to your sister?

We spoke on the phone on April 7, 2020 (the day she was allegedly taken away by her abductors).

What did you talk about?

She said she was coming home to fix something on the wig she made for me. She said, “I dey come o, I dey come now now (I’m coming, I’m coming now).”

Did you have any premonition of danger lurking around?

There was no premonition at all, nothing like that.

What were you told led to her death?

The police are in the best position to tell you that.

Do you think she could have avoided the tragedy?

How did your parents receive the news of their daughter’s death?

To lose your child just like that and for nothing  after all the sacrifices you have made for her would be very painful. For some stupid boys to just kill her like that is bad.  My dad is dead and she has also gone now. Nobody is happy about it.

As for my mum, we are still thanking God for giving her the grace to bear this. Even when she was missing, she kept saying, ‘If they have killed my daughter, please tell me.’ I asked her, ‘Kill who? Why would they kill her? Did she steal?’ So, when the news came, she screamed and was shocked, but we thank God that she is slowly recovering.

How many children did your mother have before the tragedy?

We were six in number; five girls and a boy. She happened to be last child of the house. So, we are five now. My sister was 27 years old.

How has this tragedy affected the family?

We are devastated and still mourning.

The President, Major General Mohammadu Buhari (retd.), has ordered the police to arrest others involved in the killing of your sister and two others. How do you feel about this?

All I can say is that it’s normal for the President and other well-meaning Nigerians to console the bereaved families. But I believe that everybody involved would be brought to justice.

We learnt that an autopsy would soon be carried out on Joy Adoki’s corpse; was that initiated by the family or the police?

That I don’t know.